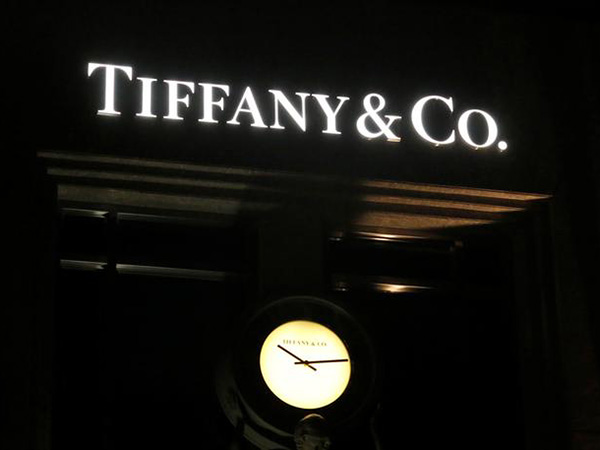 New York (USA) Nov 25: Luxury giant LVMH is reportedly nearing an agreement to add another brand to its portfolio, a deal that would come wrapped in a little blue box.
The boards of LVMH (LVMHF) and Tiffany & Co. (TIF) convened for a meeting Sunday to finalize an acquisition deal that would value the iconic jeweler at more than $16 billion, according to reports from multiple outlets. The companies hope to announce the deal on Monday, the Financial Times first reported Sunday.
LVMH is the world's largest luxury group and has for years had a strong foothold in high-end fashion. This merger would solidify its move into other product areas, and expand its reach in the jewelry business and with American consumers. And the luxury conglomerate's deep pockets could help Tiffany turn around after a rocky few years, and fuel its effort to better connect with millennial consumers.
LVMH will reportedly pay $135 per share for Tiffany. The deal is both one of the largest in the history of the luxury sector and in the career of LVMH CEO and richest man in Europe, Bernard Arnault.
The luxury conglomerate sent an unsolicited proposal on October 28 to acquire Tiffany for $120 per share in cash, a valuation of $14.5 billion. At the time, the offer represented a 20% premium on the Tiffany share price but the stock jumped following the offer, closing at nearly $126 on Friday. Many analysts said combining with LVMH would be a good move for Tiffany, though the initial offer slightly undervalued the company.
The 182-year old New York jeweler currently employs 14,000 people and operates 300 stores around the globe. Its little blue boxes remain an iconic symbol and its sparkling Fifth Avenue flagship in Manhattan, the site of the 1961 movie Breakfast at Tiffany's starring Audrey Hepburn, now invites others to have breakfast there, too.
But in recent years, Tiffany's sales have slumped and it has struggled to connect with the millennial consumers that so many brands are trying to woo.
LVMH has enjoyed much more success in that arena, attracting attention from prominent influencers including Kylie Jenner and Cardi B. It owns major fashion brands such as Christian Dior Fendi and Louis Vuitton, as well as drinkmakers Moet and Hennessy. Earlier this year, the conglomerate acquired Rihanna's Fenty and Fenty Beauty fashion and cosmetics lines, which have enjoyed unique success marketing to a diverse swath of young women.
Bringing Tiffany into its portfolio will increase LVMH's presence in the jewelry and watch business. The group already owns Italian jewelry brand Bulgari and watchmakers TAG Heuer and Hublot, but sales in that division make up only 9% of the company's total revenue. Tiffany appeals to a much broader customer base with its more affordable products.
The jewelry brand will also help extend LVMH's geographic reach. While LVMH currently only makes about a quarter of its revenue from the United States, while the country accounts for more than 40% of Tiffany's sales. Tiffany has also had success growing its business in China, where other luxury retailers have struggled.
Source: CNN News