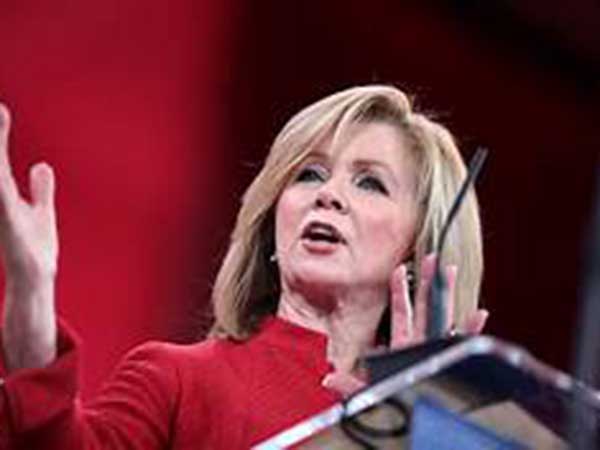 Washington (USA) July 31: Sen. Marsha Blackburn, R-Tenn., is taking aim at the NBA after a new bombshell report claimed that the sports league offered the lawmaker a "completely inaccurate" statement about its training academies in China.
ESPN ran an explosive report on Wednesday that alleged that the NBA's youth program in China was plagued with human rights abuses.
The report cited a letter Blackburn received from Mark Tatum, the NBA deputy commissioner and chief operating officer, responding to her inquiry about reports that the league was continuing operations of its training center in Xinjiang, a place she noted was "one of the world's worst humanitarian zones."
"The NBA has had no involvement with the Xinjiang basketball academy for more than a year, and the relationship has been terminated," Tatum told the senator.
However, two sources disputed Tatum's comment to ESPN about the league having any plans to leave Xinjiang in Spring 2019.
"One coach said the league was still seeking other coaches to move there well into the summer and that the league's statement to Blackburn was 'completely inaccurate,' ESPN reported.
"They were still trying to get people to go out there," the coach told ESPN. "It didn't end because [Tatum] said, 'We're gonna end this.'"
A spokesperson for Blackburn told Fox News that the senator "intends to follow up with the NBA promptly to get to the bottom of the league's presence in Xinjiang."
"This report is disturbing and the NBA needs to voluntarily correct the record of their involvement," Blackburn reacted to ESPN's expose.
In a statement to Fox News, Tatum said the league ended its involvement with the basketball academy in Xinjiang in June 2019 and that it is "re-evaluating the NBA Academy program in China," calling the allegations from ESPN's report "disturbing."
"We launched this not-for-profit elite player development initiative in 2016 by working to support three existing basketball development centers in China operated by local sports authorities. Our role was limited to providing three coaches at each academy, none of whom have been alleged to have engaged in any wrongdoing," Tatum added.
ESPN reported on Wednesday that the young participants in the NBA program were physically beaten by Chinese instructors and were not provided proper schooling, despite commissioner Adam Silver's previous commitment that education would be "central" to the program.
"A former league employee compared the atmosphere when he worked in Xinjiang to 'World War II Germany,'" ESPN reported.
ESPN's report detailed how the NBA training academies, which were launched in 2016, appeared to be largely under the control of the Chinese government with one coach who worked for the program calling it "a sweat camp for athletes."
"We were basically working for the Chinese government," one former coach told ESPN.
Multiple NBA employees filed complaints to the league about how they witnessed Chinese coaches "strike teenage players" and the lack of education the young participants were receiving.
One former coach told ESPN he watched a Chinese coach "fire a ball into a young player's face at point-blank range and then 'kick him in the gut.'"
According to ESPN, NBA officials asked current and former employees not to speak to the sports network about the expose with one email from a public relations official reading, "Please don't mention that you have been advised by the NBA not to respond."
"You can't have it both ways," one former employee told ESPN. "You can't be over here in February promoting Black History Month and be over in China, where they're in reeducation camps, and all the people that you're partnering with are hitting kids."
Tatum told ESPN that the league is "reevaluating" and "considering other opportunities" for the program.
Over the past year, the NBA's intense relationship with China has been scrutinized after the league's players and coaches have largely refrained from criticizing the country's human rights violations and expressing support for Hong Kong.
Earlier this month, criticism of the NBA's ties to China was renewed after it was discovered that customers were prohibited from ordering custom gear that read "Free Hong Kong" on its online store.
The store's operator, Fanatics, suggested the phrase was "inadvertently prohibited" and the ban was lifted. Days later though, the NBA pulled all custom gear from its online store.
ESPN's prominent NBA reporter Adrian Wojnarowski also raised eyebrows when he sent Sen. Josh Hawley, R-Mo., a profane response to the lawmaker's criticism of the league's decision of "pre-approved, social justice slogans" while "censoring support" for law enforcement and criticism of the Chinese Communist Party.
Wojnarowski issued an apology and was temporarily suspended by the network.
Source: Fox News