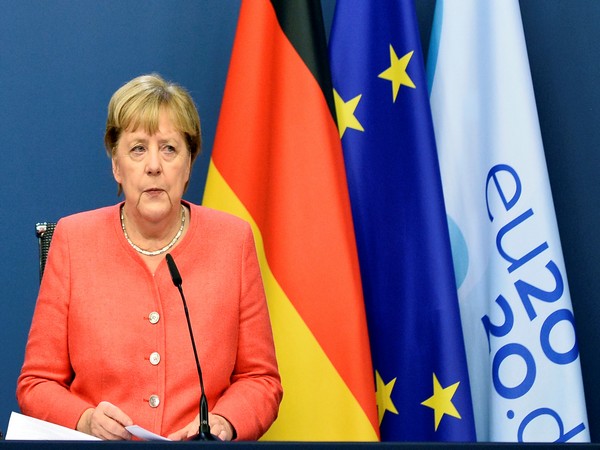 Berlin (Germany), July 21: During a visit to the flood-hit city of Bad Muenstereifel in North Rhine-Westphalia on Tuesday, German Chancellor Angela Merkel expressed her desire to make payments for disaster relief unbureaucratically and within a few days.
With many bridges and infrastructure destroyed, Germany had "a lot more to do in terms of reconstruction aid than it did during the last floods," Merkel said, worrying that it would take "more than a few months."
Last week, catastrophic floods caused by intense rainfall blocked roads and highways, cut off electricity and swept away entire houses. North Rhine-Westphalia and Rhineland-Palatinate were hit particularly hard, with 164 people being killed and many still missing.
Seven regional railway routes were so badly damaged by the floods that they had to be rebuilt or extensively renovated, state-owned rail operator Deutsche Bahn (DB) said on Tuesday. A total of around 600 km of track were affected by the storm.
Merkel considered the storm warning system, which has been the subject of much criticism from numerous politicians in recent days, to be "very good." Nevertheless, it was necessary to analyze "what worked and what did not," she said.
North Rhine-Westphalia's Minister-President Armin Laschet, who accompanied Merkel to Bad Muenstereifel, called for greater use of analog technology such as sirens. The society was "vulnerable if the power suddenly goes out," he said.
Source: Xinhua