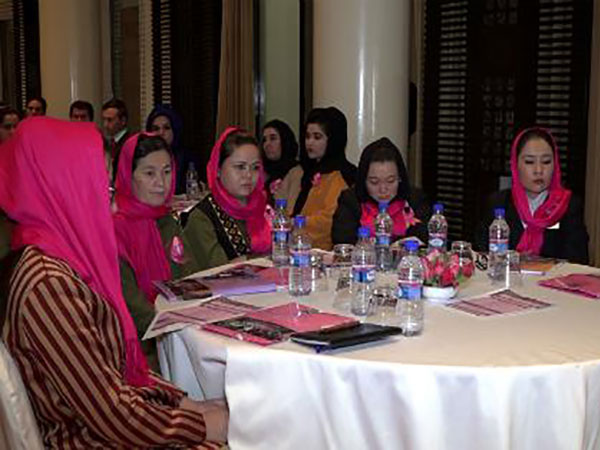 Kabul (Afghanistan) Nov 1: The Ministry of Public Health on Thursday launched an awareness campaign on cancer diseases to help women in rural areas become educated.
The campaign includes information and instructions for women about breast cancer and hygiene.
Figures by Ministry of Public Health show that almost 40,000 people have been diagnosed with cancer in Afghanistan and over 3,000 of them are suffering from breast cancer.
According to the figures, the ministry launched awareness campaigns in 18 provinces and it will continue the campaign in 16 remaining provinces through women's affairs directorates and the offices of the Ministry of Public Health.
The figures show that more than 3,000 women were diagnosed with breast cancer in 2018 and up to 1,700 of them lost their lives due to the illness.
"More efforts are needed to prevent and fight against cancerous diseases in Afghanistan," said Sayed Habib Arwal, an official of Ministry of Public Health.
"Around the world, October is the month of breast cancer awareness. Afghanistan is experiencing it as are many parts of the world-the burden of non-communicable diseases. Thirty-five percent of deaths are due to NTDs (neglected tropical diseases), including cardiovascular disease and cancer," said Shahzad Harjee, a representative of the Agha Khan Foundation.
Humaira, a breast cancer patient, said she was diagnosed with the disease almost a year ago but she lacks the ability to afford her treatment.
Humaira said she is raising eight children and so far she has spent Afs90,000 (over $1,150) for her treatment.
She said her husband is jobless and that she and her youngest son are suffering from anemia.
"Breast cancer is the most common cancerous disease in Afghanistan and it is much higher in this country compared to other parts of the world. Usually, it affects women over 40 years of age, but here in Afghanistan we have witnessed teenagers who have been diagnosed with this disease," said Mohammad Hashim Wahaj, a breast cancer specialist.
Source: Tolo