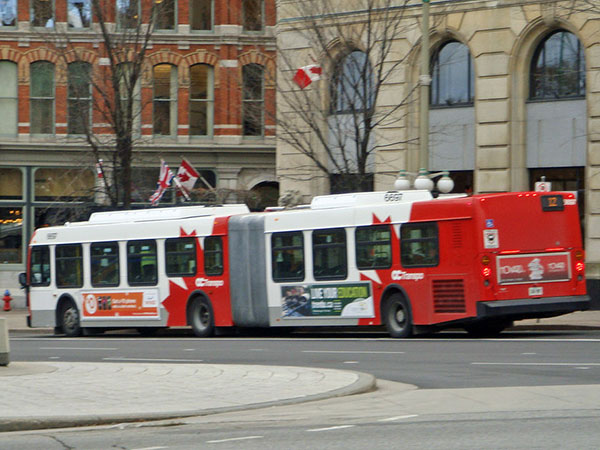 Ottawa (Canada) Dec 08: OC Transpo has cancelled more than 50 bus runs since Saturday morning, according to its Twitter account, but it's not clear what the reason is.
CBC requested an interview with the City of Ottawa but was told the delays weren't urgent enough for a reply over the weekend.
Weather hasn't been an issue, with no snowfall Saturday and temperatures just below normal for early December.
Ottawa's public transit system, however, has experienced a shortage of drivers recently, resulting in a city decision to hire an additional 100 drivers to meet the demand.
Recruits won't be ready to get behind the wheel until at least the new year.
"The drivers are getting run down and burned [out]," said John Redins, a member of Ottawa Transit Riders, a public advocacy group pushing for a better transit system.
"It's not fair that the customer has to pay the price."
According to documents sent to CBC, new bus drivers receive 36 days of training in a program that has a fail rate between 20 and 30 per cent.
Para Transpo also has shortage
Redins said drivers have been working overtime to compensate for the staffing shortage.
Redins takes Para Transpo and said that service is also dealing with a shortage of between 30 to 32 drivers leading to longer wait times on weekends. He said as the holidays approach, it will be harder to coax drivers to work extended hours, exacerbating the issue.
"They're going to need time for their families," Redins said.
Source: CBC News