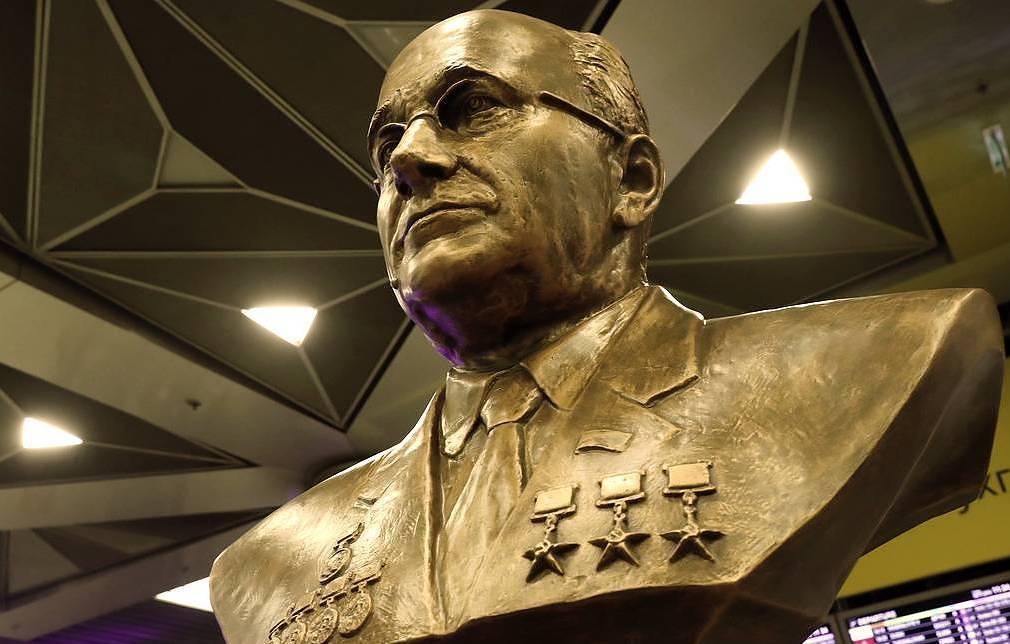 Moscow (Russia) Nov 9: Moscow's Vnukovo International Airport officially adopted the name of the legendary chief designer of the USSR's aircraft industry, Andrei Tupolev. The ceremony was dedicated to the 131st anniversary of his birthday.
The history of Vnukovo Airport is closely linked to the name of the aircraft designer. The Tu-104, Tu-114, Tu-124, Tu-134, Tu-154, Tu-204 and the Tu-204-300 made their first passenger flights from this airport, and the first jetliner, Tupolev's Tu-104KB, the monument to which was mounted at the airport's entrance, became one of Vnukovo Airport's symbols.
"The entire life of this person is an achievement <...>. Under his guidance, the design bureau created about 100 planes, 70 of which went into production. Chkalov's renowned feat was made on an ANT-25 airplane, which Andrei Nikolaevich [Tupolev] also designed. This is a special day for us, we consider it a great honor and will try to carry the name of this legendary designer with honor," First Deputy Director General of Vnukovo Airport Dmitry Yerzakovich promised.
Seventy-eight world records were set flying Tupolev's planes and 30 distinctive flights were carried out, including the rescue of the SS Chelyuskin's crew and nonstop flights to the US across the North Pole.
A bust to the legendary aircraft designer was also unveiled on Friday. Tupolev's grandson and Advisor to Tupolev's Director General (likewise named) Andrei Tupolev was also present at the event. "Grandpa would have been very pleased that the airport is named in his honor, he always paid great attention to civil transportation, and I still remember how grandpa and then [my] father lived for this work. They had no Saturdays, no Sundays, nor any free evenings," the grandson of the aircraft designer said. He noted that being a talented scientist, designer and leading a team of thousands of engineers, product engineers, test pilots, technicians and workers, "Andrei Nikolaevich [Tupolev] always remained a very simple and friendly person who loved his family, nature, company and friends."
The airport was bestowed with the aircraft designer's name under the Russian president's order after summing up the results of the "Great Names of Russia" contest.
Source: TASS