Nalin Singh's 'Indradhanush' to be released on January 15 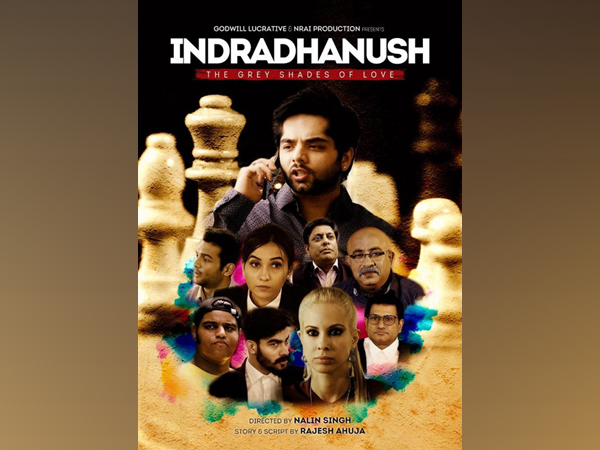 New Delhi [India], January 9 (ANI/NewsVoir): Indradhanush, The Grey Shades of Love is a suspense thriller story based in Delhi and inspired by true events. The movie has been shot in Delhi and has all its casts and crews from the capital only. The movie is made under the direction of Nalin Singh who is all set and in the form to uplift the film production in Delhi and make the capital, the second hub for film making. The story and script have been written by Rajesh Ahuja and the lead roles include Somansh, Sanvi, Talia Bentson, Ayush, Abhay, Niket, Shivani, and Agastya.
Indradhanush is all set to hit on all the major OTT platforms on 15th Jan 2021, giving a strong head off to Saif Ali Khan's 'Taandav'. This time Los Angeles-based Talia Benston, who earlier has sung a song in Saif Ali Khan's Go Goa Gone is coming against him as a lead actor.
Director Nalin Singh is a Delhi-based Writer, Actor, and Director. He has been an eminent filmmaker and has been in the communication industry for over 15 years. Nalin Singh the prominent filmmaker of Delhi has made a film named "Gandhi to Hitler", which was screened at the Berlins Film festival and Cannes film festival and was released worldwide in different languages. Another film named "My virgin diary" was also another hit that had broken all records of distribution in the Indian OTT Platforms. He is eminently known for providing good content and has his own fan following. He has also acted in a Hollywood film.
"My film does not have Bollywood stars but it surely promises very good content with a very low budget. I wish Taandav and all its cast All the best and hope the audience likes both the films," said Nalin Singh.
This story is provided by NewsVoir. ANI will not be responsible in any way for the content of this article. (ANI/NewsVoir)