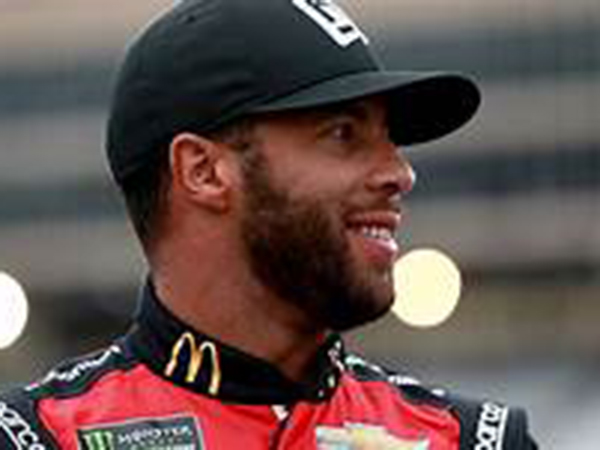 Washington (USA) June 26: NASCAR has released the first official image of the garage door pull-rope fashioned into a noose-style knot that was found in Bubba Wallace's garage at Talladega Superspeedway on Sunday and said that an internal investigation determined it was the only one present at any of the 29 tracks it visits.
The discovery led to an FBI hate crime probe that determined it had been there since at least last October and was not directed at Wallace. The Richard Petty Motorsports driver has been a vocal supporter of the Black Lives Matter movement and was instrumental in NASCAR's recent decision to ban the Confederate flag at its events.
NASCAR President Steve Phelps said that he should have used the word "alleged" and taken some of the emotion out of the initial announcement of the discovery on Monday, in which he referred to it as a "heinous act," which was followed by an outpouring of support for Wallace from the NASCAR field ahead of the start of the Geico 500 later that day.
Phelps said that the internal probe learned that the noose was not present at the beginning of the October Cup Series weekend at Talladega, but was there at the end. However, he said there isn't enough evidence to determine who created it or why. The NASCAR investigation also looked at 1684 garage stalls at tracks across the country and found only 11 with pull-ropes that had knots tied at the end, but the one in Wallace's garage was the only one that looked like a noose.
Wallace said he was "embarrassed" by the incident, but relieved to know it wasn't targeted at him. He never saw the noose in person, which he told ESPN was discovered by an African American member of his team who reported it to NASCAR. Phelps said he is bothered that it hadn't registered with anyone sooner, but reconfirmed that Wallace's team had nothing to do with it, which has been alleged by some on social media.
"I am so proud of you for using your platform, Wallace's girlfriend, Amanda Carter, wrote on Instagram. "I wish the people saying hurtful comments knew you. I wish everyone knew you."
Source: Fox News