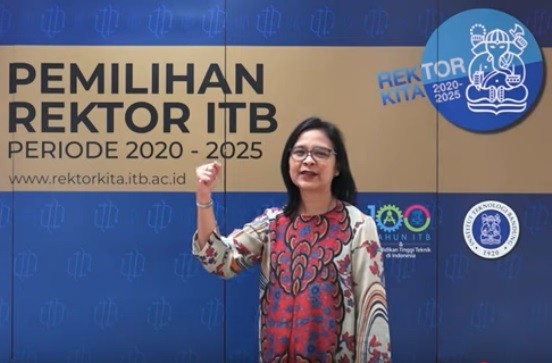 Jakarta (Indonesia) Nov 9: The Bandung Institute of Technology (ITB) in West Java has officially appointed its first female rector since the first-tier state university was founded almost a century ago.
Civil engineering professor N. R. Reini D. Wirahadikusumah was named rector after she won the most votes from the university's board of trustees (MWA), beating two other candidates, namely incumbent Kadarsah Suryadi, who had led the campus since 2015, and Jaka Sembiring, kompas.com reported on Friday.
According to ITB's official website, Reini earned her bachelor's degree from ITB and her master's and doctorate degrees from Purdue University in Indiana, United States.
The website listed her expertise as construction management and engineering, as also shown by her list of publications.
On a video uploaded on ITB's official YouTube account in October, in which she provided her vision and mission as a rector candidate, Reini said she had served the university for 25 years.
"ITB is an advanced institution in science, technology, arts, humanities and social sciences at the national level. However, to advance at the international level, we need more fundamental changes," she said in the video.
The 2020 QS World University Rankings by Global university rating institution Quacquarelli Symonds, placed ITB in 331st position among 1,002 tertiary institutions, below the University of Indonesia (UI) at 296th and Gadjah Mada University at 320th.
The rector selection process started with 30 candidates who were later shortlisted to only 10 candidates. The 10 candidates then participated in a debate and delivered their ideas before they were further shortlisted to six candidates. A closed meeting at the university's Academic Senate then proceeded to shortlist the three mentioned candidates.
The professor is not only the first female rector since 1959, but also since 1920, when the university was still named Technische Hongseschool te Bandoeng.
Source: The Jakarta Post