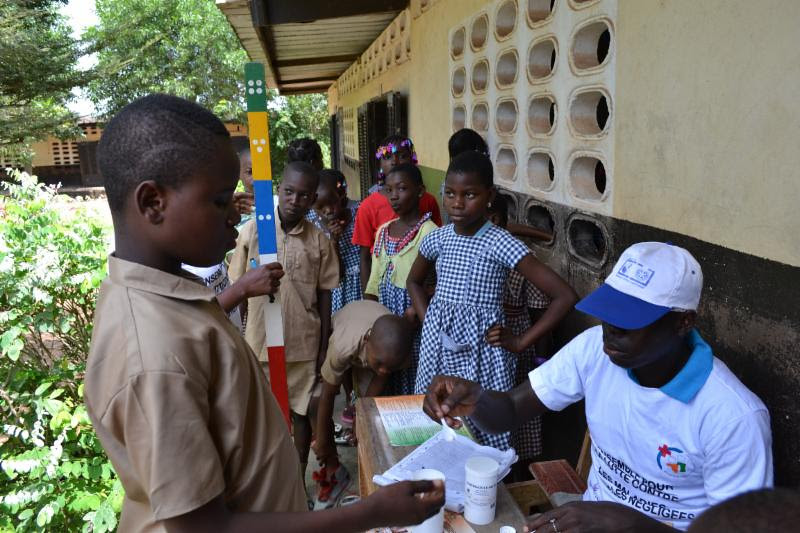 Abu Dhabi [UAE], Nov 21 (ANI): Neglected tropical diseases (NTDs), such as intestinal worms in children, river blindness and glaucoma, cause physical disability among the victims and make them liable to their families and societies for the rest of their lives especially in poor countries across the globe, an expert told WAM news agency.
"Neglected Tropical Diseases, NTDs, affect 1.5 billion people across the globe, causing massive disability. These disabled people cannot work and fully contribute to their communities," said Ellen Agler, CEO of END Fund, a non-governmental organisation working to eliminate NTDs.
Diseases like intestinal worms in children hold them back from their school and cause anaemia and growth disorders; river blindness (also known as onchocerciasis) and blinding glaucoma cause blindness at an early age, which affects their ability to study and work, Agler explained in an interview on the sidelines of the Reaching the Last Mile Forum (RLMF) in Abu Dhabi on Tuesday.
Therefore, these diseases make a ripple effect on education and economy of a society, she stressed.
Presently, there is a funding gap of an estimated USD 300 million a year. "This is a small amount, compared to other global health needs. One of the important things about NTDs is, they can be treated for US$0.50 per person per year," she noted.
Agler, from her experience of working in more than 25 countries, recalled that community health workers and teachers play a major role in treating NTDs.
"In many [poor] countries there are more schools than health clinics, and they are a good platform to capture children who need deworming medicine. Therefore, teachers play an incredible role in treating these diseases," she was quoted saying.
Meanwhile, Agler also appreciated Crown Prince of Abu Dhabi, Sheikh Mohamed bin Zayed Al Nahyan, for taking steps in eradicating NTDs.
"Sheikh Mohamed bin Zayed launched the Reaching the Last Mile Fund, RLMF, two years ago in 2017," the expert said.
Administered by the END Fund, RLMF is a 10-year, USD 100 million initiative launched by the Abu Dhabi Crown Prince, supported by the Bill and Melinda Gates Foundation and the UK's Department for International Development, DFID.
The Forum aims to pave the way for global elimination of river blindness and Lymphatic filariasis.
Caused by parasitic work, the disease leads to severe itching, skin disfigurement, and blindness among more than 197 million people in 31 countries.
Studies also estimate that river blindness elimination in Africa could generate up to US$6 billion in economic benefits across the continent.
More than 856 million people in 53 countries are in need of treatment for lymphatic filariasis, which is caused by the transmission of filarial parasites through mosquitoes.
Lymphatic filariasis damages the lymphatic system, which causes abnormal growth of body parts called elephantiasis and can lead to disability, social stigma, and isolation.
In 2018, Reaching the Last Mile Fund delivered over 13.5 million treatments for river blindness and lymphatic filariasis, and trained 76,000 health care workers to help expand treatment and outreach.
The Fund is currently targeting river blindness elimination in seven countries: Mali, Senegal, Niger, Chad, Sudan, and Ethiopia in Africa, as well as in Yemen in the Middle East. (ANI)