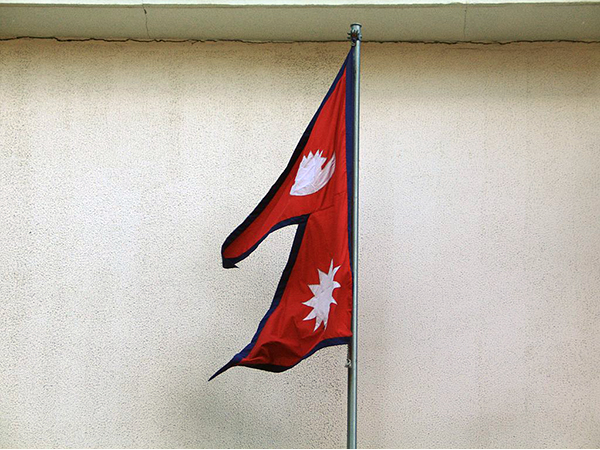 Kathmandu (Nepal) Dec 3: Nepal opened the 13th South Asian Games campaign on a high, bagging seven golds each in taekwondo and karate, here today.
Taekwondo player Ayasha Shakya and Manday Kaji Shrestha became the first Nepali athletes to win double gold medals in a single meet, while Sony Gurung bagged the historic gold medal in triathlon in Pokhara. Athlete Rajendra Bhandari had also earned two gold medals in the Colombo SAG in 2006 but he failed doping tests later and was stripped off the medals.
Shakya bagged her first gold in above-29 years category of women's individual poomsae and later teamed up with Sanjib Kumar Ojha to win the gold in pair poomsae. Shakya took her tally to three gold medals and became the most successful woman taekwondo player. She had bagged a gold in 2011 SA Games and silver medals in 2006 and 2016 editions, along with a bronze medal in the 2006 Doha Asian Games.
Shakya also became the third Nepali athlete to win three or more gold medals in SA Games. Her husband, Deepak Bista, holds the record of four gold medals, while legendary
athlete Baikuntha Manandhar had won three marathon golds and holds the South Asian record of finishing the marathon in 2:15:03 hours.
Mother of two sons, Shakya changed to poomsae category to continue with her passion for the sport. "After giving birth to two children, it was not possible for me to continue with kyorugi as it demanded more power and speed," said Shakya, who was over the moon after bagging two gold medals. "I cannot express this excitement in words and I would like to thank all those who kept faith in me. In short, I feel I got two medals for the two children. This is a very special moment for me as my husband is a record holder with four gold medals."
Other gold medal winners in individual poomsae include Kamal Shrestha (above-23 years), Sina Limbu Maden (17-23 years), Parbati Gurung (23-29 years), Nisha Darnal/Swastika Tamang/Sanjila Timalsina (17-23 years team), and Nita Gurung/Prashansa Chhetri/Sushila Rai (above-23 years). Nepal also bagged one silver and four bronze medals on the first day of the competition.
Karateka Manday Kaji Shrestha also wrote his name in history books with two gold medals. Participating in his first SA Games, Shrestha became the first Nepali player to win gold medal in the 13th SA Games when he finished first in men's individual kata. Shrestha then teamed up with Mahasus Tamang and Prabin Manandhar to bag gold medal in team kata.
Shrestha also won first men's section kata gold medal in 20 years since his coach Ganga Ram Maharjan won one in the 1999 SAF Games in Kathmandu. "I had a dream of winning a gold medal in SA Games and today I fulfilled it," said Shrestha. "I was confident of putting in the best show and all the team members supported us in our efforts," he added.
Nepal bagged three out of four gold medals in kata after women's team of Nirmala Tamang, Sangita Magar and Saru Karki finished first. Pakistan's Shahida claimed the remaining gold, beating Nepal's Chanchala Danuwar in the
final of the women's individual section. In kumite, Laxman Tamang (below-55 kg), Biplav Lal Shrestha (above-84 kg), Kusum Khadka (below-45 kg) and Anu Adhikari (below-50 kg) also bagged gold medals in karate.
Another player to create history today was triathlon athlete Sony Gurung, who finished first in women's sprint event. Gurung became the first Nepali gold medalist in triathlon in SA Games. Roja KC had bagged maiden bro-nze in the previous edition held in India three years ago.
Source: The Himalayan Times