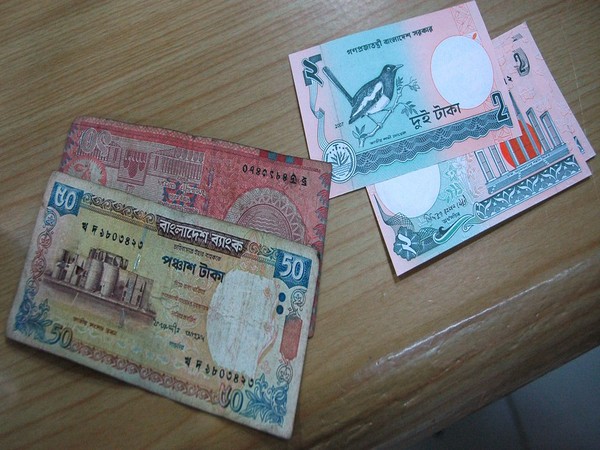 Dhaka(Bangladesh) Nov 23: Thousands of freelancers, medical service seekers and online shoppers will bear the brunt of the latest regulatory notice of the central bank as regards transaction through international cards.
The instruction of Bangladesh Bank (BB), issued on November 14, made prior permission from issuing banks mandatory for paying via international credit or debit cards for purchasing goods and services.
The BB's circular called for filling up an online transaction authorization form (OTAF) for obtaining approval from respective card issuing banks before making any purchase.
International credit cardholders would have to submit the form to their respective banks mentioning their name, card number, beneficiary name, amount of foreign currency to be transacted and details of products and services, according to the circular.
For every transaction, the card issuing banks, if they are satisfied with the information provided in the form, will activate the card, it adds.
The BB move came after a Bangladeshi national bought shares in a company in Australian stock exchange and paid through international card.
The bank concerned brought the matter to BB when the individual tried to realize profit out of his stock investment.
Livid consumers
"This is utterly impractical as people need to use international cards regardless of banking hours. For international transaction the time gap between our country and other country makes a huge difference. In such emergencies, how will the user take prior permission?" asked Tawhid Shiplu, a freelancer, while talking to Dhaka Tribune yesterday.
He said the central bank should review its decision and withdraw it immediately.
Another freelancer Sohel Ahmed has told Dhaka Tribune that freelancers have to register with different sites for getting jobs and are required to use via international cards for getting themselves registered.
"In many cases, the registration process is time-bound and under such regulations a large number of freelancers might miss job opportunities," he said.
Ishraq Bihan, who recently travelled to Christian Medical College Hospital (CMC), Vellore, India said for his doctor's appointment he had to pay from Bangladesh through a credit card "and the new rule would add to further complications."
"I had to pay $16 through my credit card for my doctor's appointment which was an emergency. If anybody has to take prior permission now from their respective banks it will be extremely difficult for patients and their families to deal with," he told Dhaka Tribune yesterday.
Mustafizur Rahman, a private service holder, said the international online shopping sites usually announce sale on products with a deadline and with new rule of BB people would not be able to avail such opportunities.
"Shopping sites like Amazon or Alibaba often provide sale offers on different products with a specific timeframe. As a fixed income earner, I try to take those opportunities to buy products of needs. Now if I come to know about such offers and could not get banks approval within the time, I will definitely end up missing the opportunity," he said.
Finding a solution
In the given situation of impending serious chaos and disadvantage, the Association of Bankers, Bangladesh Limited (ABB) and Bangladesh Association of Software and Information Services (BASIS) representatives are scheduled to hold an emergency meeting with the Bangladesh Bank authorities on the recent circular on international cards.
"There is no need to introduce an extra step like OTAF to prevent use of cards in gambling or stock market. This can be done quite easily by putting some codes and blocking those gateways," BASIS President Syed Almas Kabir told Dhaka Tribune yesterday.
"We have proposed to introduce a new/separate credit line for digital marketing. It will encourage users to pay through the proper channel," he added.
ABB Chairman Syed Mahbubur Rahman has told Dhaka Tribune that bankers are concerned about the new rule of international card usage.
"The central bank's concerns on misuse of fund through cards are legitimate but the matter could be solved in a simpler way without creating hassles to all international card users. We are looking forward for a fruitful meeting with the Bangladesh Bank," he said.
Asked about if the recent BB directives on international card use could affect the growing freelancing industry of the country, Telecom Minister Mustafa Jabbar told Dhaka Tribune: "The money-related issue does not fall under our jurisdiction. But I would urge the relevant industry people to sit with the central bank to resolve the issue."
Two major banks in the country, Standard Chartered Bangladesh and Eastern Bank Limited (EBL), have banned paying Uber using cards considering cardholders' yearly foreign travel dollar endorsement limits after the BB circular.
BB circular said international card could be used for legitimate purchase such as downloadable application software, e-books, magazine/newspaper subscription fees from reputed and reliable sources abroad.
The circular said international cards cannot be used for illegitimate transactions like capital account transactions, playing online casino/gambling, forex trading, purchase of financial instruments issued in foreign stock markets, purchase of cryptocurrency and lottery ticket.
Currently, there are around 14 lakh international cardholders in the country and the value of e-commerce foreign transactions is estimated at 900 crore a year, say industry insiders.
In 2009, the central bank began allowing online transactions and in 2013, it permitted the purchase and sale of goods and services online using international credit cards.
Later in 2015, the Bangladesh Bank raised the foreign exchange quota for global private travellers to $12,000 a year for an adult, from the previous limit of $5,000.
Different estimates put the number of freelancers in the country to be around 650,000. Export earnings from software and information technology enabled services in Bangladesh increased to $800 million in 2017 from $400 million in 2014.
The government aims to increase it to over $1 billion by this year and $5 billion by 2021.
Industry insiders said the latest BB move to tighten international card use might increase the 'Hundi' or unofficial foreign currency transaction.
Source: Dhaka Tribune