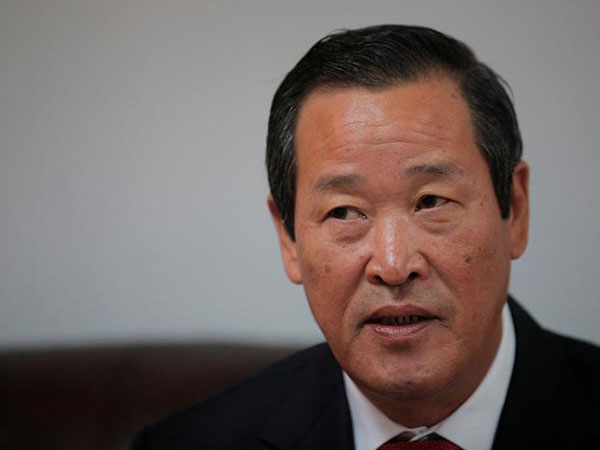 Pyongyang (North Korea) Dec 8: The North Korean envoy to the United Nations says denuclearization is off the negotiating table with the United States.
Ambassador Kim Song said in a statement on Saturday that the sustained and substantial dialogue sought by the US was a time-saving trick to suit its domestic political agenda.
Kim added that lengthy talks with Washington are not needed, warning that Pyongyang may terminate denuclearization negotiations with the US.
The talks have been stalled as the US is calling on North Korea to come up with concrete steps toward denuclearization, while the North is urging the US to make concessions by the end of the year.
The US has not accepted requests from Pyongyang for lifting sanctions and a complete halt to US-South Korea joint military exercises.
The US ambassador to the UN, Kelly Craft, who chairs the Security Council suggested on Friday the council may issue a statement condemning the North for its recent launches of ballistic missiles.
Craft is considering holding a meeting on the North's human rights abuses, including abductions.
US President Donald Trump has spoken of what he says is his good relationship with North Korean leader Kim Jong Un, saying they both "want to keep it that way."
He was talking to reporters at the White House on Saturday about denuclearization talks with the North.
But Trump acknowledged there is some hostility from the North, saying the US "will see how it goes."
Trump said Kim is aware that he will be seeking re-election next year. He said he does not think Kim wants to interfere.
Source: NHK World