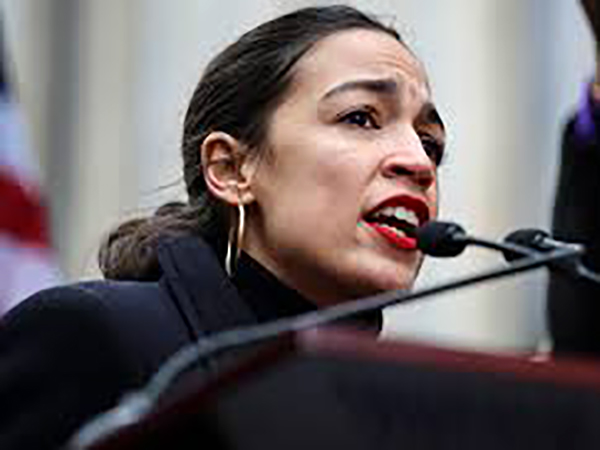 New York (USA) May 18: New York Democrat Rep. Alexandria Ocasio-Cortez made a religious reference on Twitter to promote a bill she is co-sponsoring.
The joke refers to the Loan Shark Prevention Act, which aims to cap credit card interest rates at 15 percent. The freshman lawmaker said "usury," or high interest rates, are explicitly condemned in the Bible, which means the conservative right has a reason to support it.
She also appears to refer to the advancement of anti-abortion bills this week in Alabama and Missouri, saying Republicans only use the Bible as support when it furthers their agendas.
Meanwhile, Independent Vermont Sen. Bernie Sanders, who is introducing the Senate version of the Loan Shark Prevention Act, wrote an op-ed for CNN, also invoking a Bible reference.
"If you read the tenets of the major religions throughout history, whether it is Christianity, Judaism or Islam, what you will find is a universal moral condemnation to usury," Sanders wrote. "In 'The Divine Comedy,' Dante reserved a special place in the Seventh Circle of Hell for people who charged usurious interest rates."
The pair of lawmakers announced the bill last week, which - in addition to capping credit card interest rates at 15 percent - proposed the idea of postal banking.
According to data from Creditcards.com, as cited by The Washington Post, the median interest rate was recently recorded at 21.36 percent - compared with 12.62 percent 10 years ago.
"That means Americans are paying even more than that [21 percent]," Sanders noted, adding that banks borrow money from the Federal Reserve at a rate of 2.5 percent.
Source: Fox Business