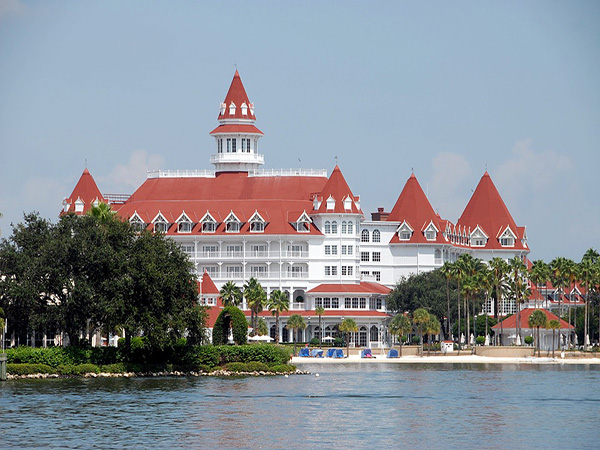 Washington DC (USA) Nov 10: The billions it will cost to build the planet's first luxury hotel in low Earth orbit could be well spent if the developers can prove that private space construction is possible and profitable.
That's the gamble that the Gateway Foundation is making with its Werner Von Braun Hotel, with an eye toward building even larger facilities like a spaceport and convincing other space-faring companies that it has the technology needed for megastructures such as orbiting factories and power plants.
It remains to be seen whether investors will get behind the idea. As an industry, space tourism is in its infancy. Nevertheless, space-based business is expected to be worth billions of dollars a year, according to several analyses.
"We need to get investors to see how money can be made," said John Blincow, president of Gateway and CEO of Orbital Assembly. "Von Braun is key to that because it's a big hotel."
To be sure, there is money to be made in space. The global space industry was valued at about $345 billion in 2016, according to the Federal Aviation Administration, with the U.S. accounting for $158 billion. Morgan Stanley projects the industry may grow to $1 trillion worldwide by 2040.
"The thing that's holding us back is economics," Blincow said. "Right now, you see traditional investments into things like cube sats. There's a lot of money to be made there."
And the U.S. Chamber of Commerce has recognized that same trend. It estimates that the space industry will grow at about 6 percent a year, which is conservative.
"The real space revolution has yet to begin in earnest. Most of the current revenues from space activity accrue to industries, such as direct-to-home television and geolocation, navigation, and timing services," Brian Higginbotham, a senior economist, wrote for the Chamber of Commerce.
"The next development phase will be decidedly different, potentially shifting into new product development, additive manufacturing in low-Earth orbit, and new activities like space mining," he said. "It is not speculation to suggest the future development will see new markets, new industries, and new sources of innovation."
A growing industry
Von Braun would be a big hotel with a big price tag for a short stay. And it needs to be built and making money in a short amount of time to appease investors.
So, a three-night, double-occupancy stay in a luxury suite would be $5 million, while a standard room for the same duration would be $2 million. The costs are less eyebrow-raising, given the six-figure price tag to which space tourists are already accustomed.
Virgin Galactic, which just went public, is charging $250,000 for tickets to a trip on Spaceship Two that would take a passenger to the boundary of Earth's atmosphere and return them to terra firma soon thereafter.
And NASA is offering a few berths aboard the International Space Station for $35,000 a night a few times a year, which doesn't include a ticket aboard a commercial rocket, which could cost about $52 million.
Developers plan for a stay aboard the Von Braun to be comparable to luxury experiences on cruise ships. Concerts, restaurants, and zero- and low-gravity exercises will all be available.
"And you won't have to sleep next to a snoring Russian cosmonaut," Blincow said.
Von Braun is not the first luxury hotel proposal. Orion Span's Aurora Station, which can accommodate six customers, might be able to accept guests as early as 2022. A 12-day stay in zero gravity is expected to cost $9.5 million, according to Curbed.
Volume and falling launch costs are expected to help propel the Von Braun hotel's construction and later operations. The orbiting inn could accommodate 400 guests, researchers and crew at a time. The International Space Station has handled up to 13 people at once, but more often, the crew is about six astronauts.
The Von Braun isn't an end in itself. It's a proving ground for the tools Orbital Assembly is developing, such as saws, pods and robots that will help build structures in orbit. That equipment would build the Gateway, the first spaceport where passengers could transfer from flights off of Earth to craft headed to the Moon, Mars or the Asteroid Belt.
"We can't do that until we've proven our concept, and that's Von Braun," Blincow said.
Cheaper flights to space
Gateway aims to take advantage of developing rocketry technologies, such as Space X's Starship and Heavy Falcon booster, to launch massive amounts of cargo into orbit at relatively low costs and quick speeds.
Earlier this week, Elon Musk said the operational cost of its Starship, which could carry 100 metric tons into orbit, might be as low as $2 million a launch. Fuel would be the bulk of the cost at $900,000 each launch.
"This is much less than even a tiny rocket," Musk said at the first Air Force Space Pitch Day. "So it's something that needs to be made."
That's cheap compared to what it is paid by NASA for a smaller launch. Space X gets about $152 million from NASA for each Falcon 9 rocket liftoff, according to a Bloomberg analysis of Federal Aviation Administration data.
Space X did not return a message seeking comment about how it might partner with the hotel developers.The cost to build the hotel is expected to be as much as $60 billion, Blincow said, compared with $160 billion to construct the International Space Station.
If it gets completed, the hotel would orbit the planet over the poles. That way, one face of the station would always face the sun and the station would never pass through Earth's shadow. It would also rotate, which would give the station the feel of gravity, like the Moon's, along the outer ring.
That would enable researchers, guests and crew to sleep, eat and use the bathroom like they would on Earth and without the modifications necessary for long stays in a zero-gravity environment.
"And you'd have one great view," Blincow said.
Source: Fox News