Over 70% of Metro rail phase 1 complete 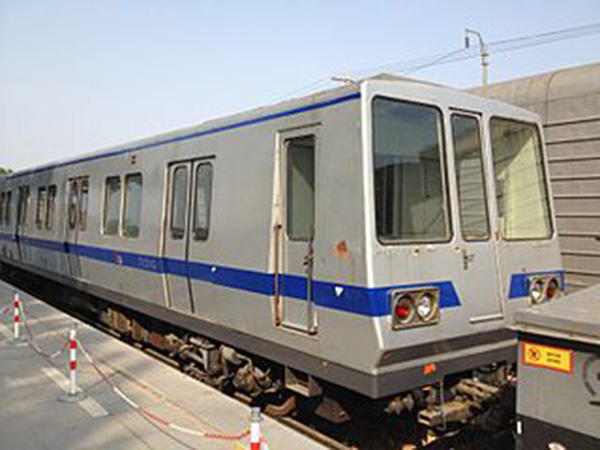 Dhaka (Bangladesh) June 3: The construction work of the country's first ever metro rail is progressing fast, and the authorities have completed an overall 72.12% of the project from Uttara to Agargaon, as per the revised plan.
"The overall physical progress of the first phase construction, from Uttara to Agargaon, is 72.12%," Managing Director of Dhaka Mass Transit Company Limited (DMTCL) MAN Siddique said, reports BSS.
He also said progress on the second phase of construction, from Agargaon to Motijheel, is 39.73 percent.
"More than 10.26km out of a total 20.1 km of the Dhaka metro rail line is now visible, as the government plans to inaugurate the country's first-ever metro on the Golden Jubilee of Bangladesh's independence in December 2021," Siddique added.
According to the DMTCL's progress report, 93% of the metro rail's main deck between Agargaon and Uttara has been completed. The integrated progress, including electrical and mechanical systems, rolling stock (rail coach) and depot equipment is 29.80%.
The prime minister has consented to extend the MRT Line-6 from Motijheel to Kamalapur. Consequently, a social survey of the extended 1.16 kilometer is ongoing.
"We have given the order to the Japanese metro train company for manufacturing the second, third and fourth set of passenger trains, as the first passenger train is ready for shipment," the managing director said.
He said the DMTCL, an autonomous body under the transport and bridges ministry, is executing the project.
Siddique said construction work is going following the prescribed health guidelines during the Covid-19 pandemic.
The authorities said the trains for the metro rail will have the capacity to transport 60,000 passengers per hour from Uttara to Motijheel, and that there will be sound proofing walls along the tracts.
To bring a realistic solution to Dhaka city's traffic congestion, the Awami League government led by Prime Minister Sheikh Hasina initiated the mega project.
The project is divided into eight construction packages which will cost Tk219.85 billion. Of the amount, Japan's aid agency JICA will provide Tk165 billion.
The metro rail will have 16 stations - at Uttara North, Central Uttara, Uttara South, Pallabi, Mirpur-11, Mirpur-10, Kazipara, Shewrapara, Agargaon, Bijoy Sharani, Farmgate, Karwan Bazar, Shahbag, Dhaka University, the secretariat and Motijheel.
The metro rail will take 35 minutes to reach Motijheel from Uttara. The station will be as high as a three-storey building and will be accessed by escalators and lifts.
Ticket counters and other facilities will be available at the second floor.
The authorities said 12 trains will run on the routes.
The DMTCL managing director said foreigners and local experts will also be put into 14 days of quarantine to prevent the spread of coronavirus. The Covid-19 epidemic has not heavily affected the metro rail project, so far.
Earlier, Road Transport and Bridges Minister Obaidul Quader said the total metro-rail project is being implemented in eight packages. "Construction work of the Mass-Rapid Transport (MRT) Line-6, the country's first elevated metro rail system in Dhaka city, is going on in full swing with the aim of completing it by the end 2021."
According to project details, a 3.2km viaduct and three metro stations are being built from Agargaon to Karwarbazar under the fifth package, while 4.9km of metro-rail from Karwanbazar to Motijheel with four stations is being constructed under the sixth package.
Source: Dhaka Tribune