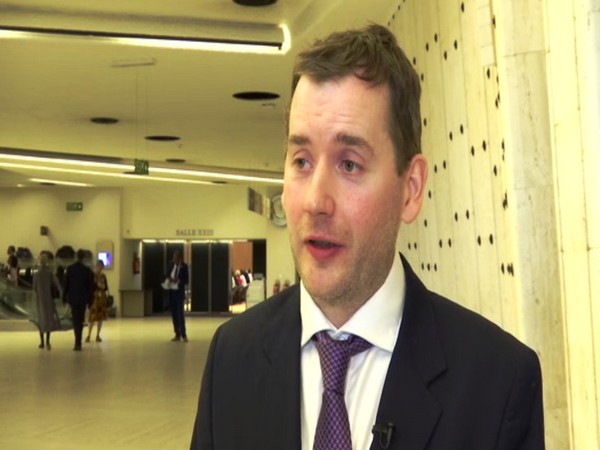 Brighton [UK], Nov 9 (ANI): The Financial Action Task Force (FATF) has asked Pakistan to stop fund flows to terrorists to stay out of the Grey List; however, a British researcher believes that Islamabad cannot do much to stop terror financing.
The Grey List is a warning is given to a country to tackle terror funding and other issues. If that country does not take steps to address these issues, it is then blacklisted.
FATF, the Paris-based anti-terror watchdog, noted that Pakistan addressed only five out of the 27 tasks given to it in controlling funding to terror groups like the Lashkar-e-Taiba and Jaish-e-Mohammad, responsible for a series of attacks in India.
Speaking to ANI, Mathew Garrod, a lecturer at the University of Sussex said, "I can't see any short-term solution to this. This is going to be a long-term solution. With FATF's recommendations and listening, I cannot see the Pakistan government moving much on this because it doesn't have the capacity to control the territories where a lot of these groups are residing and operating from."
He added, "It does not have the ability to do this. The border with Afghanistan almost makes it impossible ... So, I cannot see any solution."
"For many years, it has been overlooked and underappreciated by the international community and I think the Security Council in the United Nations has started to really wake up to this issue since around 2014-15," Garrod said.
"I think, in particular, this nexus between crime and terror financing is a big problem in South Asia, in particular, across the border between Pakistan and Afghanistan, especially, in trade in narcotics, trade in auto vehicles and in weaponry. It is a growing threat," he added.
The researcher also believes that some terrorist groups have close alliances and links with the Pakistan army.
The mushrooming of terrorist groups at the Pakistan-Afghanistan border poses a security threat not only to South Asia but to the entire world.
Garrod said: "In South Asia, we have seen terrorist groups increasingly gaining footholds not in Pakistan but in other countries as well. Pakistan is going to be a key area where terrorist groups would want to locate."
"And, we know about the links between these groups and transnational crimes, which are affecting the world. So, it is not only Pakistan or South Asia's issue. It is an issue that affects Europe, America and all parts of the world including the Middle East," he added.
Pakistan's presence in the grey list makes it difficult for the country to get financial aid from the International Monetary Fund, the World Bank and the European Union, which adversely impacts its economy.
The February 2020 deadline set by FATF is critical and Pakistan will be blacklisted if it fails to take steps to tackle terror funding. (ANI)