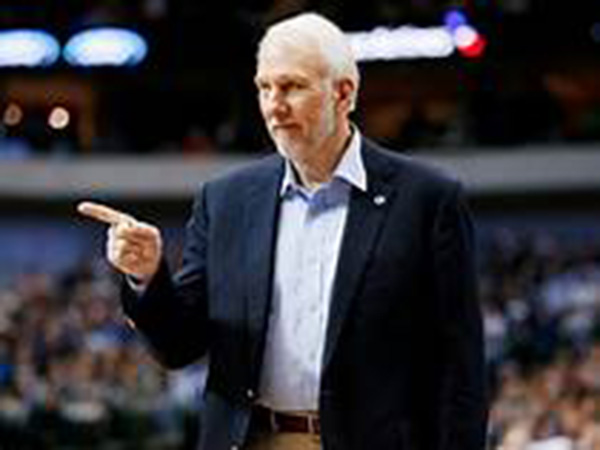 Washington (USA) June 2: San Antonio Spurs legendary head coach Gregg Popovich unleashed on President Trump during the aftermath of George Floyd's death, questioning his leadership and calling him "deranged" for doing the bare minimum to unite the country during these tragic events.
"It's unbelievable," Popovich told The Nation. "If Trump had a brain, even if it was 99 percent cynical, he would come out and say something to unify people. But he doesn't care about bringing people together. Even now. That's how deranged he is. It's all about him. It's all about what benefits him personally. It's never about the greater good. And that's all he's ever been.
"It's so clear what needs to be done," Popovich added. "We need a president to come out and say simply that 'Black Lives Matter.' Just say those three words. But he won't and he can't. He can't because it's more important to him to mollify the small group of followers who validate his insanity. But it's more than just Trump. The system has to change. I'll do whatever I can do to help because that's what leaders do. But he can't do anything to put us on a positive path because he's not a leader."
Popovich, one of the public figures in sports who criticized Trump even before he was elected into office, has continued to share his thoughts about Trump during his presidency. Popovich served five years in the Air Force before becoming one of the greatest head coaches in the history of the NBA. He has been one of the leading advocates for social justice -- both with his words and his actions.
"He's not just divisive. He's a destroyer," Popovich said. "To be in his presence makes you die. He will eat you alive for his own purposes. I'm appalled that we have a leader who can't say 'Black Lives Matter.' That's why he hides in the White House basement. He is a coward. He creates a situation and runs away like a grade-schooler.
"Actually, I think it's best to ignore him. There is nothing he can do to make this better because of who he is: a deranged idiot."
Source: Fox News