Putin to speak with Erdogan over phone on November 9 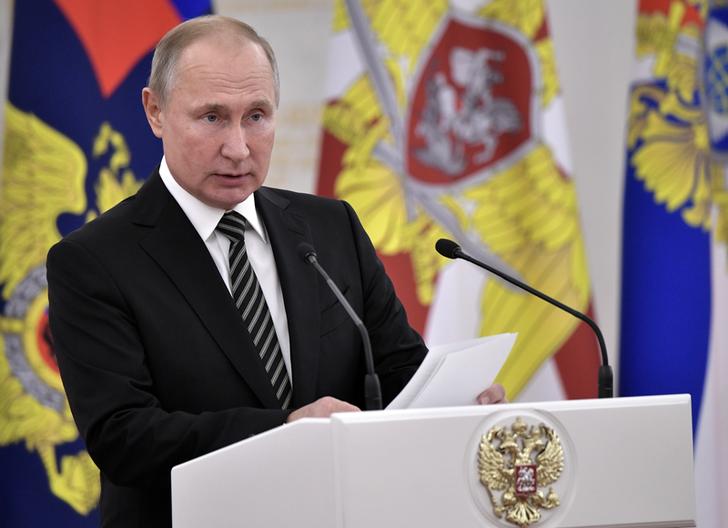 Moscow (Russia) Nov 9: Russian President Vladimir Putin will have a telephone conversation with his Turkish counterpart, Recep Tayyip Erdogan, on Saturday, November 9, Putin's press secretary Dmitry Peskov said on Friday.
Turkey's Yeni Safak newspaper reported earlier that Erdogan planned to hold telephone talks with Putin on Saturday.
"Yes," Peskov told TASS when asked whether such a contact would take place.
The Turkish president said on November 7 he planned to discuss the situation in Syria with his Russian counterpart. He pledged that Ankara would stick to its commitments under the agreements. "We never step away from the memorandum," he stressed.
Russian president's aide Yuri Ushakov said on the same day the two leaders were expected to speak over the phone at the request from the Turkish side.
On October 9, Turkey launched a military incursion into northern Syria, codenaming it Operation Peace Spring, with the Turkish Armed Forces and the Ankara-backed Free Syrian Army carrying it out. Ankara claimed that its goal is to clear the border area of what it calls 'terrorists' (Turkey's broad label of the Kurdish forces) and establish a 30 km-long buffer zone in Syria's north, where Syrian refugees from Turkey would resettle.
On October 22, Russian President Vladimir Putin and his Turkish counterpart Recep Tayyip Erdogan met in Sochi to agree on a memorandum on joint operations to control the situation in northeastern Syria. Under the arrangement Russian military police and Syrian border guards on the noon of October 23 were moved into areas bordering on Turkey's 30-kilometer wide security zone. The Kurds, as it was announced, had completed the pullback of their forces by October 29.
However, the Turkish president said on Thursday Kurdish self-defense forces had not yet withdrawn its units from northeastern Syria.
Source: TASS