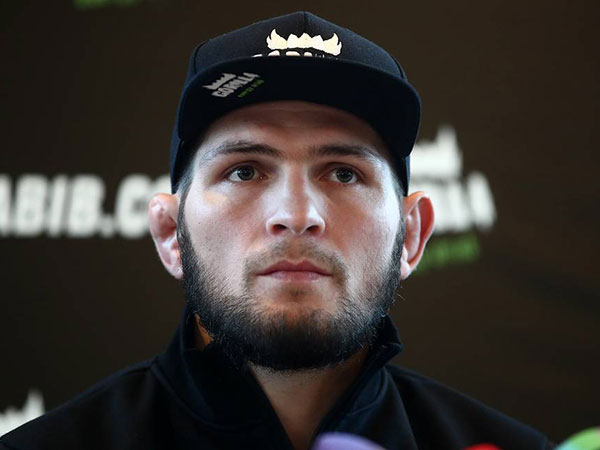 Abu Dhabi (UAE) September 03: Russia's UFC Reigning Lightweight Champion Khabib Nurmagomedov has arrived in Abu Dhabi for this week's bout against US Interim Lightweight Champion Dustin Poirier.
Nurmagomedov is scheduled to fight against UFC Interim Champion Poirier of the United States in a title unification bout at the UFC 242 tournament in Abu Dhabi on September 7.
A source in the team of the Russian fighter told TASS over a week ago that Nurmagomedov held his final stage of preparations in Dubai. After arriving to Abu Dhabi the Russian fighter will start preparing for the weighing procedure, which is due on September 6.
The 30-year-old Russian fighter, nicknamed 'The Eagle,' currently holds an unblemished record of 27 wins in all of his mixed martial arts fights (8 by KOs, 9 by submission and 10 by decision).
Dustin 'The Diamond' Poirier, 30, has fought to win 25 bouts (12 by KO/TKO, 7 by submission and 6 by decisions). He also lost five of his previous fights (2 by KO/TKO, 1 by submission and 2 by decisions).
Khabib's coach and father Abdulmanap Nurmagomedov told TASS late last month that the Russian fighter was most likely to go for a striking technique using knees in the fight against Poirier.
Source: TASS