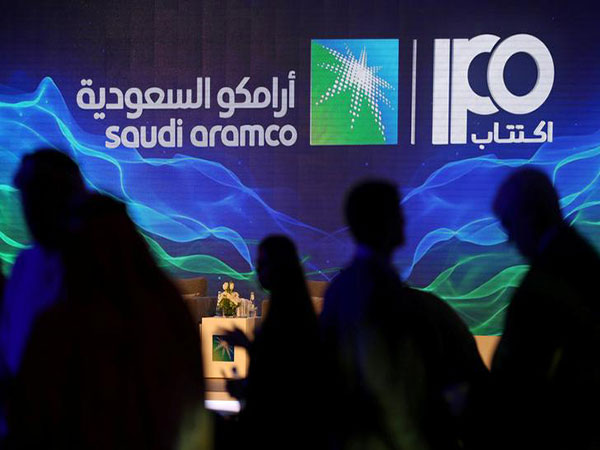 London (UK) Dec 06: Saudi Arabia has just pulled off the biggest initial public offering in history, raising $25.6 billion by selling shares in its giant state-owned oil monopoly.
Saudi Aramco sold 3 billion shares at 32 riyals ($8.53) each in its IPO, the company said Thursday. That means the deal raised more than China's Alibaba (BABA) in its 2014 public debut.
The IPO values Aramco at roughly $1.7 trillion, making it the most valuable publicly traded company in the world ahead of Apple (AAPL), which is worth about $1.15 trillion.
Saudi Aramco said last month that it was aiming to sell about 1.5% of its 200 billion shares. The size of the deal could yet rise to $29.4 billion, if an option to sell more shares is exercised.
While setting a new record, the IPO still falls well short of Saudi Arabia's initial lofty expectations.
First touted in 2016, the company's partial privatization was supposed to usher in a new era of economic liberalization in Saudi Arabia.
The massive stock exchange debut would fund Crown Prince Mohammed bin Salman's Vision 2030 plan to wean the kingdom off oil and develop other sectors of its economy, while signaling to multinational companies and foreign investors that Saudi Arabia was open for business.
The Saudi government initially discussed floating 5% of the company in 2018 in a deal that would raise as much as $100 billion. It was looking at international markets such as New York or London, as well as Riyadh.
Yet the project was shelved amid concerns about legal complications in the United States, doubts about the $2 trillion valuation reportedly sought by bin Salman, and international outrage triggered by the murder of journalist Jamal Khashoggi in a Saudi consulate in Turkey.
The deal was revived earlier this year after Aramco pulled off a successful international bond sale. But international investors were far less convinced about buying Aramco stock. Among their concerns: Low oil prices, the climate crisis and geopolitical risks.
The kingdom is expected to have relied heavily on rich Saudis, sympathetic sovereign wealth funds and even major customers such as China signing up for shares.
It helps that Aramco has promised to pay an annual dividend of $75 billion through 2024. To some investors, this could make the listing look more like a bond offering with promised payouts and lower risk. Aramco's stock is expected to begin trading on Tadawul exchange in Riyadh later this month.
In the meantime, the cost of oil remains in focus. OPEC, which is meeting Thursday in Vienna, is expected to extend supply cuts that have been in place since 2017, part of a bid by Saudi Arabia to prop up prices.
Source: CNN News