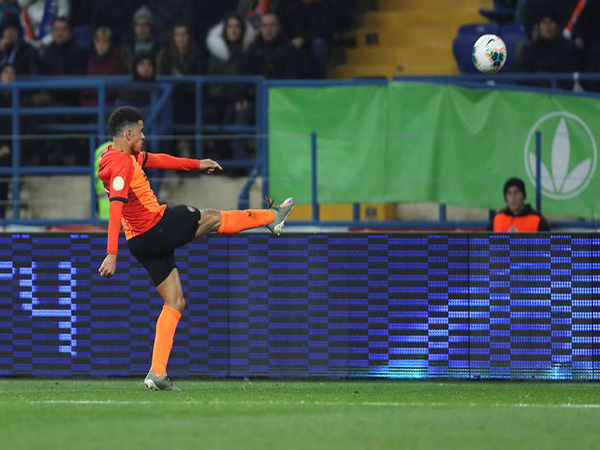 Kyiv (Ukraine) Nov 22: Shakhtar Donetsk midfielder Taison has been handed a one-match ban by the Ukrainian FA for his reaction to racist abuse by traveling Dynamo Kyiv fans.
In the 74th minute of the home side's 1-0 win, the Brazilian put up his middle finger at the section of Dynamo supporters and kicked a ball in their direction.
Taison's teammate Dentinho reported the racist abuse to the match referee, who subsequently activated step one and two of UEFA's protocol by ordering a stadium announcement and then taking the players into the changing room.
Taison and Dentinho both left the field in tears.
When the players reemerged, the referee showed Taison a red card. Step three of UEFA's protocol, abandoning the match, was not activated.
FIFPRO, which represents professional footballers worldwide, said it was disappointed with the Ukrainian FA for upholding the one-match ban.
"Sanctioning a victim of racial abuse is beyond comprehension and it plays into the hands of those who promote this kind of disgraceful behavior," it said on Twitter
The UAF also ruled Dynamo Kyiv to play one game behind closed doors and fined the club more than $20,000.
In a statement released after the match, Shakhtar said it "categorically opposes any manifestations and forms of racism, racial discrimination, xenophobia, and any related intolerance."
At the time, Dynamo Kyiv said it is "ready to assist [the investigation] comprehensively and, if proven guilty, will take all possible steps to further isolate these individuals not only from football but also from society."
After the match, Taison wrote on Instagram: "I love my race, I fight for color, whatever I do is for us, for love.
"I will never shut up in the face of such an inhuman and despicable act. My tears were of indignation, repudiation and helplessness, helplessness that I could do nothing at that moment!"
Source: CNN News