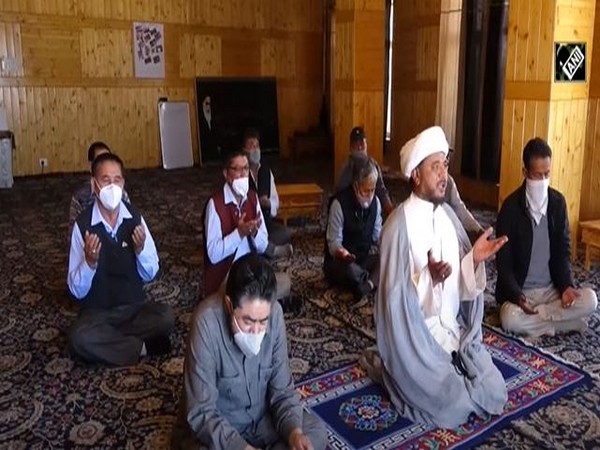 Leh/Kargil (Ladakh) [India], July 27 (ANI): The Shia community living in Ladakh are enjoying religious freedom and equal rights like citizens in parts of the country with the constitutional changes made in the state last year opening up new avenues of education and boosting development.
Shias of Ladakh were in minority in Jammu and Kashmir before the state was bifurcated into two union territories last year as part of constitutional changes in the state including revocation of Article 370, which gave it a special status.
Asharaf Ali Batcha, President, Shia Community, Leh, said the Indian Constitution gives them complete religious freedom all over the country.
"In Ladakh too, we enjoy the same kind of freedom and we have no problem. In Ladakh, people freely practice their religion, and all celebrate festivals according to their rituals," Batcha told ANI.
Kargil, which is the second largest town in Ladakh after Leh, has over 80 per cent Shia population.
Mohd Subhan Jaffery, a social activist belonging to the Shia Community in Kargil, said their community celebrates rituals according to religion.
"In India, especially Kargil, we have complete freedom. We can offer 'namaz' or prayer according to our rituals. We celebrate all religious festivals with complete freedom. We feel lucky to have been born in India's Kargil and living here where we are enjoying so much religious freedom," he said.
Mohd Shafi Argali, a senior citizen from the Shia community in Kargil, said they have never faced any restrictions.
"In India, we have lived with freedom and have never faced any restrictions. We observe all Shia festivals and rituals without any problems," he said.
Ladakh is witnessing a large-scale development. New roads are being built and hydro and solar power projects are to be installed.
Ladakh Central University is also coming up so that local youth don't have to go far from their home for further education.
The government has planned to develop five new tourist circuits and tracks for tourists and mountaineers. (ANI)