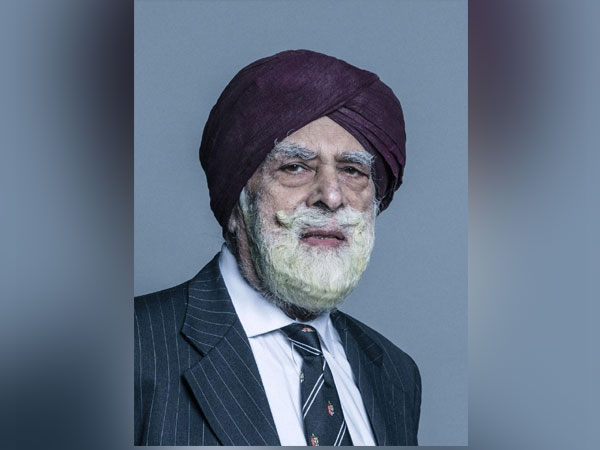 London, [UK], Oct 4 (ANI): 87-year-old Sikh peer Lord Singh, who is popularly known as Indarjit Singh to his listeners, has accused BBC of "prejudice and intolerance" after it tried to prevent him from broadcasting an item commemorating an executed Sikh guru who had opposed the forced conversion of Hindus to Islam under the Mughal emperors of India in the 17th century.
The Times reported that Lord Singh of Wimbledon has quitted `Thought for the Day' after being associated with it for 35 years, in protest of the corporation stating that some of his talks "might offend Muslims".
He also hit out at the BBC's 'misplaced sense of political correctness' that forces contributors to only say non-controversial statements that no listener could complain about.
Lord Singh told the newspaper: 'It was like saying to a Christian that he or she should not talk about Easter for fear of giving offence to the Jews.'
Lord Singh was let go after he threatened to quit instead of having his religious teachings insulted.
He was not informed of anyone listening being offended by his broadcast.
After leaving, Commission for Racial Equality advisor Lord Singh complained about his treatment but a review by BBC director of radio James Purnell rejected his complaint.
Lord Singh told the newspapers: "The need for sensitivity in talking about religious, political or social issues have now been taken to absurd proportions with telephone insistence on trivial textual changes right up to going into the studio, making it difficult to say anything worthwhile."
"The aim of Thought for the Day has changed from giving an ethical input to social and political issues to the recital of religious platitudes and the avoidance of controversy with success measured by the absence of complaints." (ANI)