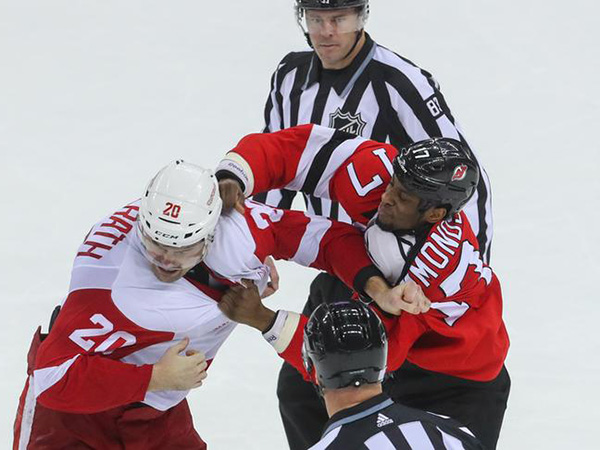 Ottawa (Canada) Nov 29: While Wayne Simmonds calls the Akim Aliu-Bill Peters story "extremely disheartening," he hopes it leads to better days for hockey.
New Jersey Devils teammate P.K. Subban feels much the same way.
Playing in a league featuring a heavy majority of white players, Simmonds and Subban - two players of colour - are very familiar with the challenges faced by minorities in the sport.
"I can guarantee you every single black hockey player has been called a racial slur at some point in their career, whether it's been younger or older," Simmonds said before the Devils faced the Montreal Canadiens on Thursday night. "It's something people don't like to talk about because it makes them uncomfortable. In light of this coming out, hopefully this can do some good for the hockey community and shed some light on it."
Peters, now the Calgary Flames head coach, was alleged to have used a racial slur 10 years ago in an American Hockey League locker room when Aliu was a player.
Peters issued an apology to the Flames and their GM, admitting he used "offensive language" while not naming Aliu on Wednesday.
Aliu responded Thursday, saying he found Peters' statement to be "misleading, insincere and concerning."
Subban got to know Aliu growing up in Toronto and calls him a "good kid."
"Until I get all the info I can't really comment on what exactly happened," Subban said. "But I can tell you this right now, the first thought of it is it leaves a bitter taste in everybody's mouth. It just doesn't look good."
Simmonds was part of a racist incident in hockey when a fan threw a banana on the ice on his shootout attempt during an NHL exhibition game in London, Ont., in 2011 when he was playing for the Philadelphia Flyers.
The Aliu-Peters incident raises its own set of concerns, Simmonds said.
"You never want to hear things like that," he said. "Those things are extremely discouraging for people of African descent and of colour. Something like that happens to you and [the] one person that's doing it to you controls kind of your destiny, it's definitely something that needs to be explored. It's extremely disheartening and I definitely feel for Akim."
Growing the game
Subban said it's important for everyone in hockey to try to grow the game.
"I saw a statistic at some point that said the average fan in hockey is between the age of 45 and 60," he said. "You look at the other sports, they're continuing to get a younger demographic and people who don't look traditionally like normal basketball fans or football fans to come in the building.
"The best thing about hockey is it is a brotherhood. Everybody knows everybody and we stick together and we protect the game. We have to continue to do that and do it in a productive way and a forward-thinking way so we can grow the game.
"I'd like my kids some day to be able to play in the NHL and play in a healthy league. And I want everyone else's son and cousin or nephew to be able to come into a league that accepts everyone."
Source: CBC News