Splitting the atom to exploring the galaxy: UAE's message to the world 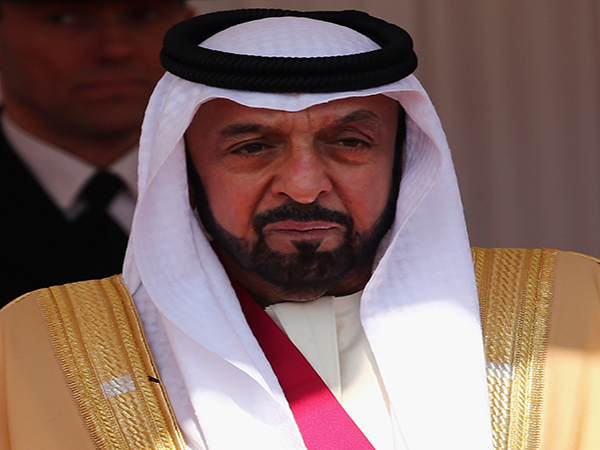 Abu Dhabi (UAE) Aug 2: The President, His Highness Sheikh Khalifa bin Zayed Al Nahyan, called the beginning of operations of the Unit 1 of the Barakah Nuclear Energy Plant 'an inspiring moment'.
"This milestone, which comes a few days after the launch of the Hope probe Mars mission, confirms that our state - guided by Emirati cadres - is steadily progressing ahead with well-weighed plans towards building a robust knowledge base in all fields," he said.
The President congratulated those responsible for the programme which, he said, endows "our scientific research institutions" with a wealth of knowledge and extensive experience.
"Fortunately, what we've achieved today and recently, is going side by side with the Golden Jubilee celebrations marking the historic union of our nation," he said.
"We are proud of this achievement and confident in the abilities of our young scientists... It is one of the inspiring moments we live today that will be remembered with great pride by generations to come," he added.
Sheikh Khalifa stressed that this achievement constitutes a qualitative addition of high value. "Our State believes that investing in science and in the capabilities of youth is a successful bet to win and delivering the future," said Sheikh Khalifa.
With the Unit 1 of the Power Plant operational, the UAE will be the first Arab country to use nuclear energy to meet its sustainable energy needs. The achievement was announced through a tweet on Saturday by His Highness Sheikh Mohammed bin Rashid Al Maktoum, Vice-President and Prime Minister of the UAE and Ruler of Dubai.
"We announce the UAE's success in operating the first peaceful nuclear energy reactor in the Arab world, at Barakah Nuclear Energy Stations in Abu Dhabi... The work teams succeeded in loading nuclear fuel packages, carrying out comprehensive tests and successfully completing the operation," tweeted Sheikh Mohammed on Saturday.
"I congratulate my brother Mohamed bin Zayed for this achievement," he added.
Sheikh Mohammed said the goal is to operate four nuclear power stations that will provide a quarter of the state's need for electricity in a safe, reliable and emission-free way. "The UAE splits the atom ... and wants to explore the galaxy ... a message to the world that the Arabs are able to resume their scientific path and compete with the rest of the great nations," said Sheikh Mohammed, lauding the country's achievement.
His Highness Sheikh Mohamed bin Zayed Al Nahyan, Crown Prince of Abu Dhabi and Deputy Supreme Commander of the UAE Armed Forces, said the country has made a 'quantum leap' in the energy sector and an important step on the road to sustainable development. "The first Unit of Barakah Nuclear Energy Plant begins its operations in accordance with the highest global safety standards," he tweeted.
Sheikh Mohamed bin Zayed added that Barakah is another feather in the cap of the nation's long list of unique achievements.
Mohamed Al Hammadi, chief executive of the Emirates Nuclear Energy Corporation, said the "historic achievement is the culmination of more than a decade of vision, strategic planning and robust programme management".
The power plant located in Al Dhafra, 280km away from Abu Dhabi, is based on the third generation APR1400 nuclear power reactor designed by the Korean Electric Power Corporation (KEPCO).
Source: Khaleej Times