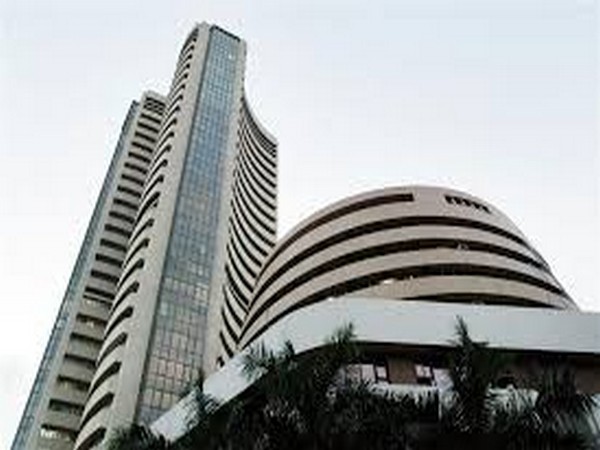 Mumbai (Maharashtra) [India], May 14 : Indian equity markets snapped a nine-day fall on Tuesday and closed in the green after erasing morning losses as European stocks opened higher.
Besides, low retail inflation in April at 2.92 per cent brought hopes of a key interest rate cut in June. Except IT, all sectoral indices closed in the positive zone.
The S&P BSE Sensex was up 228 points to close at 37,319 while the Nifty 50 gained 74 points to wind up at 11,222.
Indiabulls Housing Finance was the top outperformer, gaining nearly 6.5 per cent to close at Rs 701.85.
Bharti Airtel too gained over 6 per cent and closed at Rs 338 after announcement of scrapping its low-valued post-paid plans to improve its average revenue per user (ARPU) and boost profitability.
But shares of Jet Airways fell 7.4 per cent to close at Rs 129.10 each after the company's chief financial officer resigned with immediate effect citing personal reasons.
Most IT stocks were in the red. Tech Mahindra, Tata Consultancy Services, HCL Tech and Wipro lost between 1.4 and 3 per cent.
Meanwhile, European shares bounced in early trading after US President Donald Trump said that he was optimistic about resolving the trade dispute with China.
Asian shares were mixed as China said it would impose higher tariffs on 60 billion dollars of US goods following Washington's decision last week to hike its levies on 200 billion dollars of Chinese imports. (ANI)