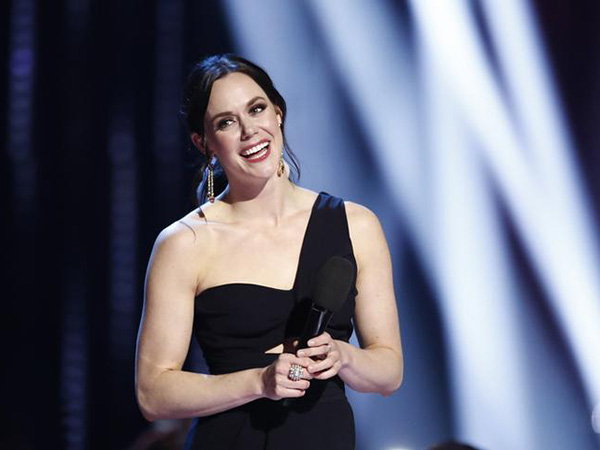 Ottawa (Canada) Nov 23: Tessa Virtue and Scott Moir, reigning Olympic ice dance champions, will dance their last dance after a 22-year partnership on Saturday in St. John's, N.L.
(We'll wait for your sobs to subside.)
St. John's is the final stop on their cross-Canada Rock the Rink tour that features some of the greatest Canadian skaters of all-time, including Elvis Stojko, Kaetlyn Osmond and Patrick Chan. This past September the ice dancing duo announced that after the tour finished they would 'step away' from the sport.
And now the time has come.
Virtue posted the following photo to her Instagram account with the caption "Save the last dance for me."
Patinage a trois
This Hour has 22 Minutes host Mark Critch did have the opportunity to interview Canada's sweethearts for what might be their final interview as partners and it did not disappoint.
Critch reminisced about one of his favourite Scott Moir memories. You may recall the "Are you kidding me!" moment at the women's hockey gold medal game at last year's Olympics in Pyeongchang.
Critch also asked Moir to look at him the way he looks at Virtue.
Finally, Critch wanted to know, as the duo was no more, if they would be interested in a threesome with him instead, a 'patinage a trois' as he put it. To which Tessa replied "Hold on tight, we got you."
The routine, danced to the Eighties classic, 'When I'm with you' by Sheriff included power posing, a lot of spinning, Critch using a skate trainer and hockey ... yes hockey. Tessa's "celly" after scoring on Critch was top notch.
It all ends with Critch exclaiming, "Tessa and Scott, you're magic!", and we can't help but agree.
Watch the full video below from CBC Comedy and This Hour has 22 Minutes.
Source: CBC News