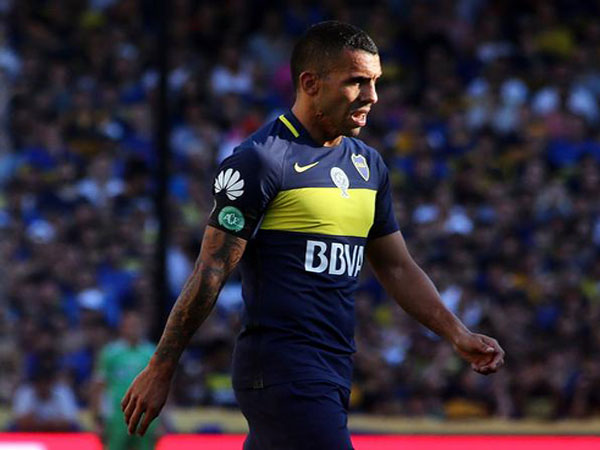 Buenos Aires (Argentina) July 30: Veteran Boca Juniors forward Carlos Tevez has criticized plans for Argentina's top football clubs to resume training in the midst of the coronavirus pandemic.
The Argentinian Football Association (AFA) said earlier this month that clubs could return to training on August 10 with a view to starting the 2020-21 Argentinian Superliga season on September 27.
"I have my opinion and there is a lot of pressure from all sides," Tevez said during an interview broadcast on Argentinian television on Wednesday. "There are a lot of business interests involved but there are people who are sick and dying. It's difficult to return now with hospitals collapsing.
"We can't escape this reality. As far as I'm concerned it's not the right time to return," the former Shanghai Shenhua forward added.
The AFA suspended its competitions on March 17 and canceled the rest of the 2019-20 season in April.
Argentina has more than 179,000 confirmed coronavirus cases and over 3,200 deaths, according to health ministry figures available on Wednesday night.
The number of infections has risen sharply in the past month and officials have said the country is approaching a peak in the epidemic curve.
Tevez said he had been shaken by seeing relatives hospitalized by the virus.
"This is all very ugly," said the 36-year-old, whose career has included spells at Manchester United, Manchester City and Juventus as well as 76 appearances for Argentina.
"I have people close to me who got sick, like my father-in-law and my mother-in-law. They managed to recover, but were in hospital. It hit all of us and, thankfully, they were able to overcome it. It's a difficult moment. I'm annoyed by this whole situation. I want people to take care of themselves. We have to take care of ourselves, do what we can to make it go away quickly."
Source: Xinhua