The Grey Cup drought is over, easing a city's pain 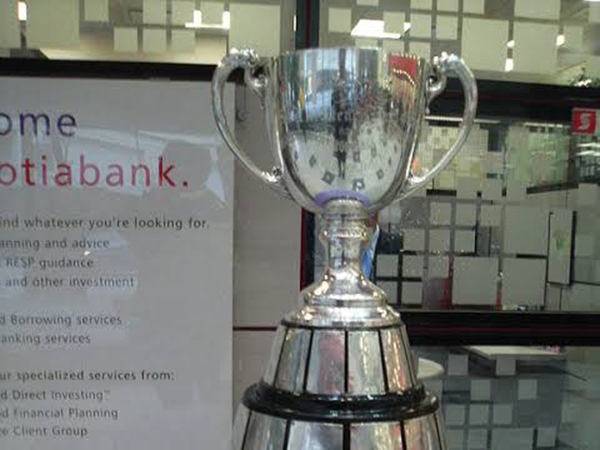 Manitoba (Canada) Nov 25: During a remarkable fall when the Red River is running high, it's only fitting to see the end of the great drought in Winnipeg.
The Blue Bombers have won a Grey Cup for the first time in 29 years, thanks to a 33-12 victory over an excellent Hamilton Tiger-Cats squad that most of the big brains in football expected to prolong the misery of the Winnipeg Football Club and its long, long-suffering fans.
Most current Bombers had yet to take a breath in 1990, when 26-year-old quarterback Tom Burgess last led Winnipeg to a Canadian Football League championship. He's now 55.
Much of the Bomber fan base also wasn't alive and has no memory of that night in Vancouver.
Instead, they have very fresh memories of an unseasonably mild November night in Calgary, when homegrown running back Andrew Harris scored two touchdowns, kicker Justin Medlock kicked five field goals and the Bomber defence took the ball away from Hamilton's offence six times and sacked quarterback Dane Evans five times.
To the Winnipeg Football Club, the victory is not just a validation. It's an act of redemption for a club that rarely missed an opportunity to miss an opportunity over the past three decades.
To diehard fans, it's a cause for celebration and form of closure to to alleviate decades of frustration. Portage and Main is probably swelling with fans by the time these words wind up online - and North Kildonan Coun. Jeff Browaty, who led the campaign to keep the intersection closed to pedestrians, can't do a thing to stop it.
He's here in Calgary, where he cheered from the stands at McMahon Stadium. And if he wasn't, he'd probably be at Portage and Main.
Outside the world of football and its fandom, the Bomber victory is fraught with meaning for Winnipeg, a city that's seen more than its fair share of humiliation and despair.
This city is fine with unusually high water. But it's reeling right now, thanks a record-setting pace of homicides, a rash of outrageous thefts, a police service overtaxed by methamphetamine-related calls and a municipal government pleading poverty.
A single Grey Cup victory won't wash away all the anguish afflicting Winnipeg. But it does offer some relief, especially in a city where sports plays an outsized role in the civic psyche.
The collective mood of this city often rises and falls with every victory or loss by the Winnipeg Jets. The departure of the team in 1996 and its return in 2011 remain the defining metaphor for the renewal of this city.
So did the 28-season Grey Cup drought, which was a statistical improbability. In a league with only eight or nine teams for most of its recent existence, you have to absolutely excel at failure - or be cursed with exceptionally poor luck - in order to wind up without a championship for nearly three decades.
What the Bombers did at McMahon Stadium changes the narrative for the club. No longer will the words "Grey Cup" automatically evoke the memory of 2001, when an impressive 14-4 Blue Bombers team choked in the big game and allowed the 8-10 Calgary Stampeders to eke out a win.
No longer will it automatically bring to mind the injury that kept quarterback Kevin Glenn out of the 2007 championship, won by the arch-rival Saskatchewan Roughriders. No longer will it bring fans back to the 2011 Grey Cup, when the Bombers were simply outclassed by a superior version of the B.C. Lions.
Instead, fans will recall how Winnipeg started the game in the best imaginable manner, with the defence stealing the ball away from Hamilton three times during the first four Tiger-Cat possessions.
While Hamilton's defence limited the Bombers to only eight points on those turnovers, Winnipeg pushed the Ticats around on both sides of the ball throughout the remainder of the first half.
Homegrown Winnipeg running back Andrew Harris scored twice in the first half, one on a 15-yard run and the other on an 18-yard pass from quarterback Chris Streveler, who's better known for his rushing than for his passing.
In total, the Bombers offence racked up 226 net yards in the first half alone.
The Bomber defence, meanwhile, refused to give Ticats quarterback Dane Evans much space to make the big plays Hamilton was known for on their way to a 15-3 regular-season record. All Hamilton could muster in the first half was a pair of field goals.
In the second half, that defence maintained its dominant ways and the Bomber offence stayed on the field just long enough to prevent Hamilton from gaining any momentum.
The game didn't feel like a lock for Winnipeg until the final minutes. No self-respecting Winnipeg fan would fool him or herself into counting on a positive result until the play clock counted down to zero.
But that eternal Winnipeg pessimism is no longer as strong on a Sunday night when the only drought in Winnipeg will be the tear ducts of its football fans, drained this time from joy instead of dejection.
Source: CBC News