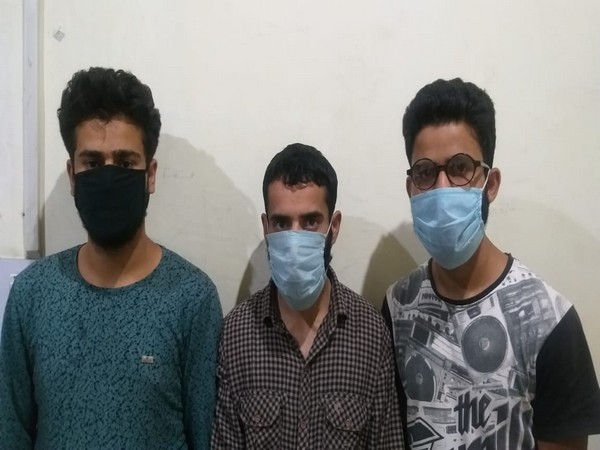 Bandipora (Jammu and Kashmir) [India], July 29 (ANI): Three terrorist associates have been arrested and incriminating material has been seized from their possession here in Jammu and Kashmir, Bandipora Police said on Wednesday.
They have been identified as Abrar Gulzar, Mohammad Waqar and Muneer Ahmad Sheikh, residents of Bandipora, Chittay Banday and Quil Muqam Bandipora respectively, police said in a press statement.
The three were arrested under various sections of Unlawful Activities (Prevention) Act and 7/27 IA act.
According to police, the trio was involved in various subversive activities besides providing logistic support and assistance to terrorist operating in district Bandipora.
"Incriminating material has been recovered from the possession of the accused persons and further investigation of the case is going on," it added. (ANI)