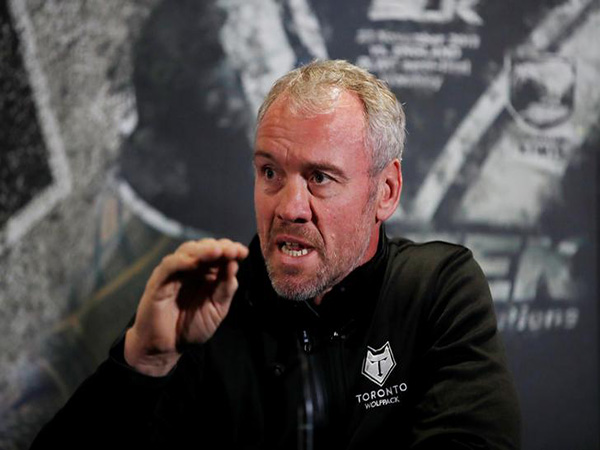 Ottawa (Canada) Nov 27: Fresh from signing All Blacks star Sonny Bill Williams, the Toronto Wolfpack have given head coach Brian McDermott a new five-year contract.
"We feel that there isn't a better coach out there that can lead this team to greatness," Wolfpack chairman and CEO Bob Hunter said in a statement Tuesday. "It doesn't matter if you have talented players on the field unless you have someone like Brian to lead and guide them to reach their absolute full potential and that's where we feel he does his best work.
"We are extremely fortunate that Brian has decided to commit to our team long-term and feel that he is a vital part of this organization going forward."
McDermott joined Toronto in November 2018, one day after the transatlantic rugby league club parted ways with Paul Rowley after two seasons at the helm. In his first season in charge, McDermott led the Wolfpack to a 26-1-0 record atop the second-tier Betfred Championship before downing Toulouse and Featherstone Rovers to win promotion to the top-tier Super League.
Veteran forward Ashton Sims, a Australian-born Fiji international who retired at the end of the season, credited McDermott for changing the team's mentality.
"He's just brought a real steel and a real resolve around our mindset," said Sims.
McDermott is a straight-talker who is good at getting his message across - whether it be using Rudyard Kipling's poem "If" to accompany a video for his players before the Million Pound Game against Featherstone to citing a scene from the film "Conan the Barbarian" to explain to a reporter what happened in one of the Wolfpack's matches.
He also added accountability to the team's outlook and managed to keep his side on the boil, despite the different levels of opposition in the Championship, which features both professional and amateur sides.
"Toronto Wolfpack offers a challenge and ambition that not many other clubs have. I'm excited at being a part of something that could genuinely be a game-changer for rugby league in the U.K. and around the world," McDermott said in a statement.
The 49-year-old McDermott, a former England and Great Britain international, had previously coached Leeds Rhinos to a slew of trophies. But he was fired in July 2018 with the injury-plagued Rhinos, the reigning Super League champions, mired in a seven-game losing streak and fighting to maintain their place in the top-flight.
McDermott's trophy haul with the Rhinos included four Grand Finals, two Challenge Cups, a League Leaders' Shield and a World Club Challenge in eight years at the helm.
McDermott helped recruit Williams, flying to Japan to have dinner with the 34-year-old All Black after New Zealand's Rugby World Cup semifinal loss to England.
Brian Noble, the Wolfpack's director of rugby, and McDermott have history. McDermott played nine years at Bradford Bulls, three of which were under Noble who coached the team from 2001 to 2006.
McDermott, who took over Leeds in late 2010, coached the Rhinos for 265 games (162-97-6). He also coached the U.S. national team between 2015 and 2018, taking the team to the 2017 Rugby World Cup.
The Wolfpack, who have already opened their training camp in England, kick off their Super League season Feb. 2 against Castleford Tigers. The home opener is April 18 against Hull FC.
Source: CBC News