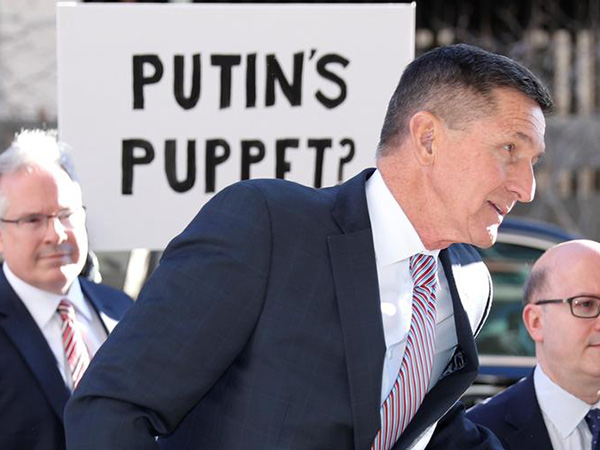 Washington DC (USA) Jan 15: Michael Flynn, US President Donald Trump's former national security adviser, is asking a federal court to let him withdraw his guilty plea on charges of lying to the Federal Bureau of Investigation (FBI).
Flynn's lawyers made the request in a motion filed with D.C. District Court on Tuesday night, two weeks before he was set to be sentenced, said a TheHill news report.
"Mr. Flynn will not plead guilty. Furthermore, he will not accede to the government's demand that he 'disavow' any statements made in his filings since he obtained new, unconflicted counsel," his lawyers wrote.
"Michael T. Flynn is innocent. Mr. Flynn has cooperated with the government in good faith for two years. He gave the prosecution his full cooperation," the lawyers wrote, accusing the Justice Department of violating its plea agreement with Flynn.
Flynn's lawyers also asked the court to delay his sentencing, which is set for Jan. 28, for at least a month.
Earlier this month, federal prosecutors recommended that Flynn be sentenced to up to six months in prison.
Flynn, also a senior adviser to Trump's presidential campaign team and a retired lieutenant general, had pleaded guilty to lying to the FBI about his contacts with then Russia's ambassador to the United States during the Trump presidential transition period.
Lying to the FBI, whose criminal nature Flynn said at the hearing he was aware of, carries a statutory maximum sentence of five years. However, Flynn's plea agreement stated that he could face between zero to six months in prison.
In December 2018, prosecutors initially recommended leniency for Flynn, citing his cooperation and his military record.
Source: Xinhua