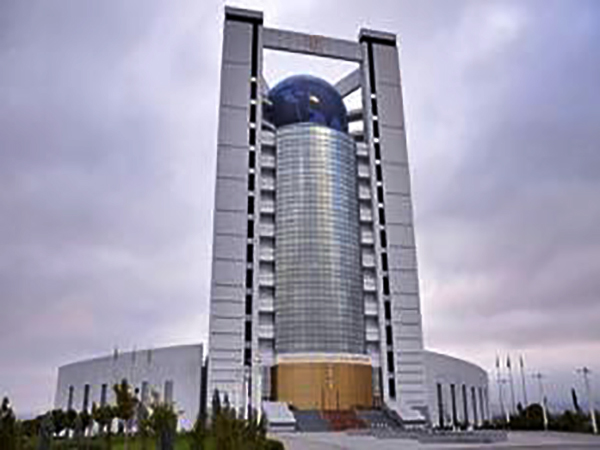 Kabul (Afghanistan) May 15: Turkmenistan Foreign Minister Rasit Meredow met his Iranian counterpart Mohammad Javad Zarif and discussed in details the cooperation of the two and also focused on the situation in Afghanistan.
The issues regarding the next meeting of the intergovernmental committee on economic cooperation and interaction in the energy, transport and trade sectors were also discussed in the meeting.
Also, the possibilities of attracting Iranian companies and business circles to multi-functional projects implemented in Turkmenistan were considered during the dialogue.
Turkmenistan, having the status of positive neutrality, has a long border with Afghanistan and has repeatedly offered to hold talks in Ashgabat under the auspices of the UN to restore peace in the neighboring state, the report said.
Official Ashgabat is in favor of providing more ambitious and targeted international economic assistance to Afghanistan, primarily through the involvement of Afghanistan in the implementation of large infrastructure projects in the energy and transport sectors, it said.
Examples of this are the projects of laying power transmission lines and fibre-optic communications along the Turkmenistan-Afghanistan-Pakistan (TAP) route, and the construction of railway lines from Turkmenistan to Afghanistan.
A large-scale project to lay gas pipeline to India and Pakistan for the supply of Turkmen gas is also connected to the territory of Afghanistan, where unstable situation has remained for a long time.
Observers believe that the implementation of this project may contribute to the restoration of Afghanistan, as it will allow creating jobs and provide the country with guaranteed income from transit.
Source: Tolo