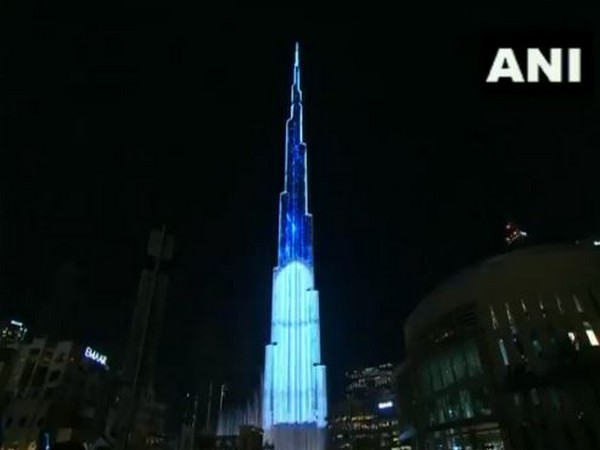 Dubai [UAE] Jan 1 (ANI): Hundreds of thousands of people witnessed breathtaking firework display at Dubai's Burj Khalifa during the New Year 2020 celebrations.
The epicentre of the revelry was the world's tallest building -- Burj Khalifa.
Plenty of fireworks exploded in the skies above Burj Khalifa and the rest of the city at the stroke of midnight to the delight of several people.
Just before the New Year 2020 countdown, mysterious streaks of light appeared above Dubai. Sort of like a meteor shower, but moving leisurely. Then, the streaks of light moved horizontally in the vicinity above the Burj Khalifa tower, Gulfnews reported. (ANI)