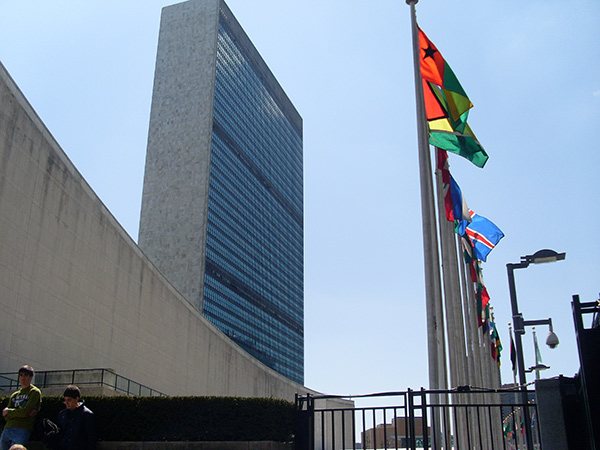 New York (USA) Jan 15: The UN General Assembly on Tuesday adopted a resolution to enlarge an advisory body of its Administrative and Budgetary Committee (Fifth Committee).
The resolution decides to increase the membership of the Advisory Committee on Administrative and Budgetary Questions (ACABQ) from 16 to 21, beginning from Jan. 1, 2021.
The resolution assigns five seats each to the regional groups of Africa and the Asia-Pacific; four each to Latin America and the Caribbean, and Western European and other states; three to Eastern Europe.
The contentious draft resolution was adopted 120-48 with four abstentions, as orally amended.
The Russian oral amendment to the draft increases the number of seats for Eastern Europe from two to three.
The ACABQ is responsible for expert examination of the program budget of the United Nations. Its members, including at least three financial experts of recognized standing, are elected by the General Assembly for a period of three years, on the basis of broad geographical representation.
Members serve in a personal capacity and not as representatives of member states. The ACABQ holds three sessions a year with total meeting time between nine and 10 months per year.
Japan asked for the postponement of the vote, citing the Rules of Procedure of the General Assembly. Japan's motion was rejected in a recorded vote by the assembly.
Croatia, on behalf of the European Union, then put forward an oral amendment to the draft resolution, referring the enlargement of the ACABQ to the Fifth Committee. It argued that the issue had always been handled by the Fifth Committee in the past.
The United States and some other Western countries voiced support for the EU amendment, which was rejected in a recorded vote by the assembly.
Introducing the draft to the General Assembly before the vote on behalf of the Group of 77 and China, a representative of the observer state of Palestine noted that the last enlargement of the ACABQ took place in 1977. Since then, UN membership increased by a quarter.
The current distribution between regional groups within the ACABQ is incompatible with the objective of broad geographical representation and constitutes an unfair situation that should not have lasted this long, said Majed Bamya, the Palestinian representative.
The draft resolution presented by the Group of 77 and China offers a more balanced and just distribution that corresponds to the reality of the UN membership in each regional group and ensures increased participation of developing countries, he said.
Given the importance of the ACABQ and its role for the entire organization, broad geographical representation should not be denied nor further delayed, he said.
Source: Xinhua