US policy towards China not going to change whether Biden wins or Trump gets re-elected: Gautam Bambawale 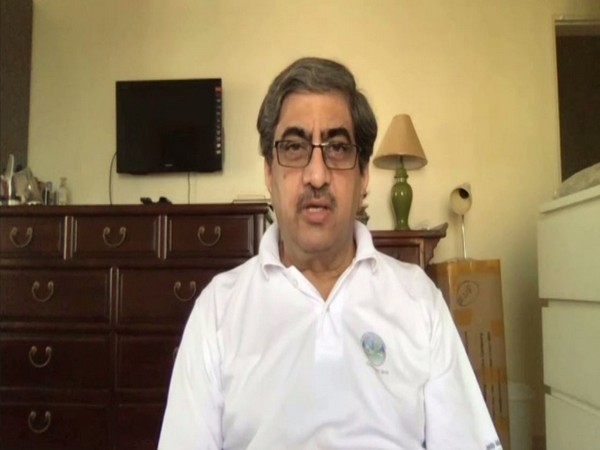 By Abhishek Bhardwaj
New Delhi [India], November 4 (ANI): Although US President Donald Trump and his Democratic challenger Joe Biden may differ in "style" there will, however, be no change in "substance" as far as policy and approach of the US towards China is concerned, says former Indian Ambassador to China Gautam Bambawale.
"Irrespective of whoever wins in the US presidential election, the policy and approach of the US towards China is not going to change. There might be a difference in style between Trump and Biden but there will be no difference in substance as far as policy towards China is concerned," Bambawale told ANI here.
His statements came as ballots continued to be counted in US presidential election, whose outcome hangs in balance with Trump and Biden going neck to neck in key swing states. To clinch the White House the winner must win at least 270 votes out of the total 538 seats in the electoral college.
The former Indian Foreign Service (IFS) officer further said that as per his knowledge China wants the Democratic Party candidate Joe Biden to emerge victorious in the election.
"Chinese analysts and observers would prefer if Biden becomes the President and Trump is not re-elected. The change in style would also be good for China, in their view. They think Trump has been really strong on China, trade and technology war happening almost between US-China," Bambawale said.
"There is the whole situation in the Indo-Pacific, in the South China sea where US is really strong. With India too, when the 2+2 dialogue took place the Secretary of State was very clear they are on the side of India. The Chinese would prefer Biden," he added.
Further commenting on Pakistan he said that it has worked with both Democratic and Republican Presidents from the US in the past and would do so this time too.
"But there is very little doubt that US-Pakistan relations are a little strained at this point of time, even though the US requires Pakistan as it pulls out of Afghanistan. But there is a little strain and it will continue even if Biden becomes President," he added. (ANI)