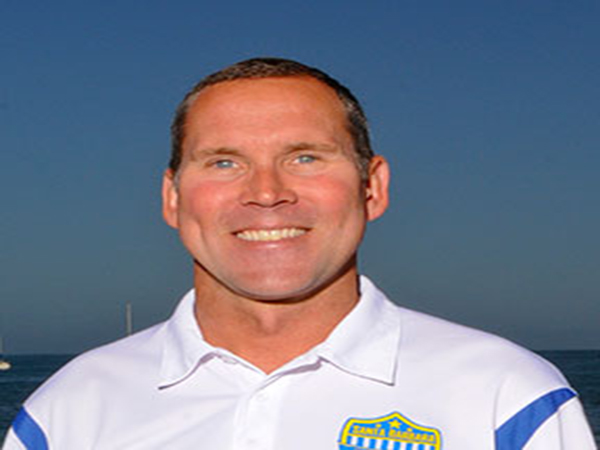 Washington (USA) Jan 4: Ryan McMillen, the Executive Director for the Santa Barbara Premier Water Polo Club, has received a honor from USA Water Polo.
McMilllen was presented the Monte Nitzkowski Distinguished Coaching Award for the California Coastal Zone.
Established in 2010, the award is presented to individuals who have made an extraordinary contribution to the sport of water polo.
NoozhawkNationDec - May 2018 - 300x250
Award recipients are chosen through a zone nomination process and then reviewed by a national selection panel. The winners represent zones from across the country, honoring contributions in a variety of areas, including coaching, officiating, volunteering, masters water polo and more.
The zone award winners are eligible for the USA Water Polo National Awards, which will be announced at the USA Water Polo Assembly, Jan. 26-27 at the Renaissance Newport Beach Hotel.
"I feel very honored to represent the Coastal Zone and receive this award,"said McMillen, who also coaches a boys under-16 team for Santa Barbara Premier.
"It is a pleasure to be an integral contributor to the growth of the sport on a national level. It's so gratifying to introduce water polo to kids at a novice level and to witness their subsequent adoption and love of the sport. For many, the sport of water polo makes a lifelong impact."
The Monte Nitzkowski Distinguished Coach Award is named for legendary coach Monte Nitzkowski who served as head coach of the U.S. Men's Olympic Team in 1972, 1980 and 1984. He led Team USA to a bronze medal in 1972 and a silver medal in 1984. Nitzkowski also served as an assistant coach with the 1968 and 2000 Olympic teams. He is legendary for his role with men's water polo in the 1960's, 70's and 80's.
Support Noozhawk Today
You are an important ally in our mission to deliver clear, objective, high-quality professional news reporting for Santa Barbara, Goleta and the rest of Santa Barbara County. Join the Hawks Club today to help keep Noozhawk soaring.
We offer four membership levels: $5 a month, $10 a month, $25 a month or $1 a week. Payments can be made using a credit card, Apple Pay or Google Pay, or click here for information on recurring credit-card payments and a mailing address for checks.
Source: Nooz hawk