When was Kashmir yours that you cry for it, Rajnath asks Pak 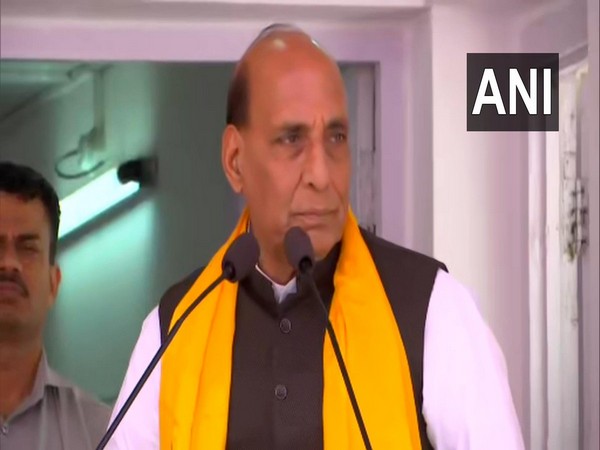 Leh (Ladakh) [India], Aug 29 (ANI): Giving a stern reply to Pakistan over its continuous rant about Kashmir, Defence Minister Rajnath Singh on Thursday said the neighbouring country has no locus-standi on matters related to the region.
Addressing the 26th 'Kisan-Jawan Vigyan Mela' in Leh, Singh underlined that Islamabad's cries over Kashmir were uncalled for as the region was never a part of Pakistan.
"I want to ask Pakistan when was Kashmir yours that you cry for it? (Main Pakistan se poochna chahta hun, Kashmir kab Pakistan ka tha ki usko lekar rote rehte ho?) Pakistan itself was carved out India. We respect Pakistan's existence but that doesn't mean they can make any statements regarding Kashmir," Singh said.
Pakistan has no locus standi on this matter, he added.
On August 5, the centre had abrogated Article 370 of the Constitution, doing away with the special status of Jammu and Kashmir. The region was also re-organised into two union territories - Jammu and Kashmir with the legislature and Ladakh without legislature.
Pakistan has been rattled by the Indian government's move to strip the special status accorded to Jammu and Kashmir under Article 370 and has found itself completely isolated despite desperate attempts aimed at internationalising the issue.
Since New Delhi's landmark decision, Pakistan has ramped up its anti-India rhetoric. Despite focusing on the dwindling economy and terrorism emanating from its soil, Islamabad has been crying hoarse over Kashmir and also went to the extent of threatening nuclear war.
India has maintained that Kashmir is New Delhi's internal matter but the neighbouring country has downgraded bilateral ties with and said it will consider all steps to counter what it described "illegal steps".(ANI)