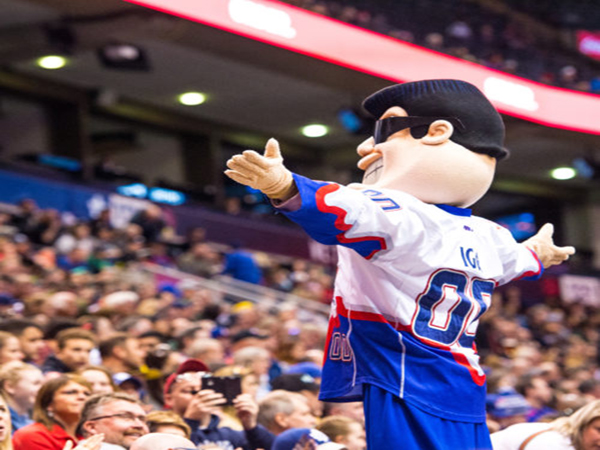 Toronto (Canada) Jan 4: The Philadelphia Wings visit the Toronto Rock at Scotiabank Arena this Friday, looking to pick up their first win of the season. The Rock want to redeem themselves to their fans after a loss in their home opener last week to the Georgia Swarm. The Wings are 0-2 while the Rock are 1-1.
There is a lot of history between the two teams. In their old incarnation, the Wings typically struggled to win in Toronto, save for the 2001 championship. During the regular season the Wings only won six of their 19 contests in Toronto.
This new edition of the Wings is still looking to find their ground in a wide-open NLL. Two losses to start the season isn't ideal but it's not unexpected in such a tight league and there's plenty of time to recover.
Expect to see rookie Doug Buchan between the pipes for Philadelphia on Friday. Head coach/GM Paul Day is a big advocate of rotating the goalies on his Canadian championship Peterborough Lakers in the summer and with two young, fairly inexperienced goalies on Philly's roster he'll be looking to get them equal playing time to aid their development. Buchan started Philly's home opener; Davide DiRuscio started last week against Rochester, although both were pulled in their starts as the Wings took until the second half to find their games.
If the Wings can get a quick start versus the Rock, which has been their issue so far, their offense is talented enough to put the hometown team on their toes.
Against Rochester, the Wings found themselves down 5-0 in the first quarter and 8-2 at the half. Their defense tightened up and their offense woke up in the second half to make the score a respectable 13-9 so if they can find their footing early this week they'll have a better result.
Toronto played well against Georgia though they trailed most of the game. They had the momentum late in the game, tied at 11, until Jason Noble was interfered with on a breakaway. Lyle Thompson was stopped on the ensuing penalty shot but 35 seconds later he found an open lane to give them Swarm a 12-11 win. This week the Rock have to try to take a lead and hold on to it.
Key Players:
Brett Hickey (PHI) & Rob Hellyer (TOR) - It's actually disappointing we that won't see this pair on the floor together, as they're both offensive players. When discussing Hickey and Hellyer, it's easier to put them together because of their long history as elite scorers on the Rock. Though Hickey is now a member of the Wings, picked up in the expansion draft, it'll be fun to have them playing in the same game again. They always worked well together on offense for the Rock, playing with an exciting chemistry. More often, they stepped up for each other as they battled injuries over the 2016 and 2017 seasons.
The pair were friends off the floor as well so it will be weird for Rock fans to watch them work separately. Hellyer, of course, put up 10 points last week for the Rock as he looks to have his best season since 2016 when he scored 113. He leads the Rock with 16. Hickey is second on Philadelphia with eight points. His best season was 2015 when he scored 50 goals and 31 assists.
Philadelphia at Toronto is the only NLL game on Friday. Fans can tune in via BR Live at 7:30 p.m. ET.
Source: nll.com