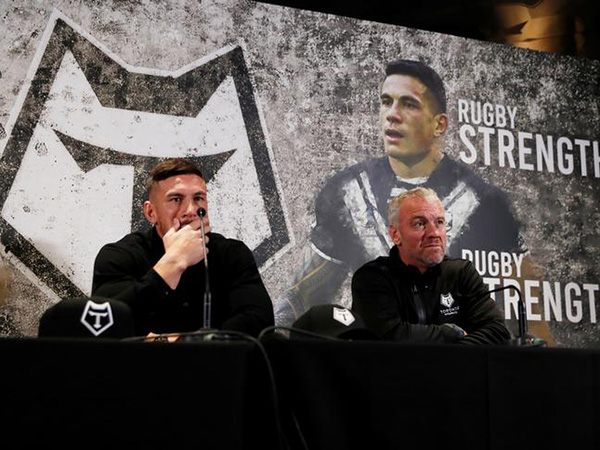 Ottawa (Canada) Nov 23: The Toronto Wolfpack have added experience in the form of Leeds Rhinos prop Brad Singleton and London Broncos hooker James Cunningham
Singleton, a 27-year-old Irish international, was part of the 2015 Leeds team under Wolfpack coach Brian McDermott that won the League Leaders Shield, Super League Grand Final and Challenge Cup. He also won the Super League Grand Final in 2017 with McDermott as coach.
Cunningham is a 25-year-old hooker who played for Hull FC, London Broncos and Doncaster before joining the Broncos full time in 2015.
"Both James and Brad are incredibly hard-workers on and off the field and we are thrilled to have been able to secure their signatures," Brian Noble, Toronto's director of rugby, said in a statement. "We are always looking for ways to strengthen our squad and this announcement certainly does that. They are proven performers at the highest level, we look forward to seeing James and Brad blend into our environment quickly as we prepare to launch our maiden Super League campaign."
Singleton signed for three years and Cunningham for two.
Expanding roster
The Wolfpack carried a roster of some 23 to 25 players last season in the second-tier Championship, with several of those usually on loan to other clubs. McDermott has said the transatlantic rugby league team will likely look to expand that to 30 for life in the top-tier Super League.
Singleton and Cunningham join marquee signing Sonny Bill Williams, the All Blacks star who was unveiled last week, as newcomers for next season.
Singleton, who made 23 Super League appearances in 2019, will help fill the void left by the retirement of veteran Fiji international forward Ashton Sims.
Cunningham will join Andy Ackers, a finalist for Championship player of the year last season, at hooker. Bob Beswick departed for Newcastle after the end of the season.
Singleton's rise
The six-foot-two 218-pound Singleton signed with Leeds in 2009 and worked his way up the ranks, making his pro debut in 2011. He has more than 200 career games under his belt and, in 2018, was given the No. 10 shirt made famous by Leeds icons Barrie McDermott and Jamie Peacock.
Singleton played for the England Academy and England Schools under-16 side as well as the England Knights before switching allegiance to Ireland in 2017.
Cunningham, who can also play halfback, saw action in 25 Super League games in 2019.
Toronto opens its Super League schedule Feb. 2 against Castleford Tigers. The Wolfpack's first home game is April 18 against Hull FC.
The Wolfpack began life in 2017 in the third-tier League 1. The team immediately won promotion to the second-tier Championship in 2018 but fell short at the final promotion hurdle, losing 4-2 to London Broncos in the Million Pound Game.
The Broncos were relegated after their first year in the top tier - on points difference after a 10-19-0 season.
Winger Nick Rawsthorne (Hull Kingston Rovers) has also left the Wolfpack.
Source: CBC News