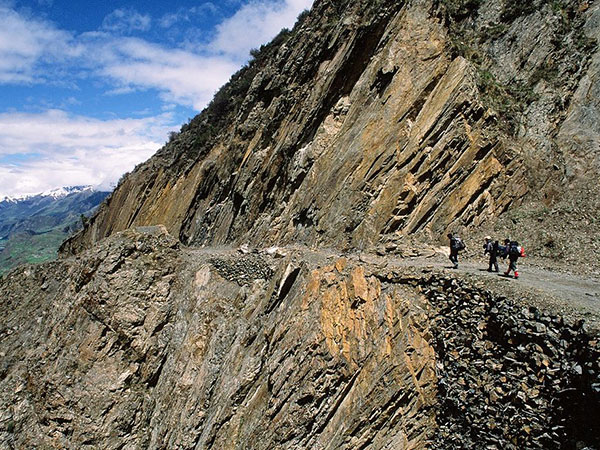 Fuzhou (China) Dec 3: The World Heritage application of the ancient Tea Horse Road, jointly carried out by China, Mongolia and Russia, will serve as an example for international cooperation, according to Sergey Kalashnikov, chairman of Russia International Cooperation Association.
The cooperation among China, Mongolia and Russia on this application process will not only promote the cultural and economic development of the countries, provinces, cities and counties along the ancient Tea Horse Road but also provide new perspectives for international cooperation on culture, technology and trade, Sergey said.
Sergey made the remarks at a forum on the application process which was held in the city of Wuyishan in east China's Fujian Province on Sunday. Attendees of the forum include scholars from China, Mongolia and Russia, as well as representatives from cities along the road.
The ancient Tea Horse Road, which dates back to the 17th century, was a network of ancient trade routes that came into being after the Silk Road. Starting from the Wuyi Mountain, it passed through Chinese provinces including Jiangxi, Hunan, Hubei, Henan, Hebei and Shanxi and Inner Mongolia Autonomous Region, and extended to Mongolia and Russia, stretching about 13,000 km and boosting the development of more than 200 cities along the way.
The heritage along the ancient Tea Horse Road includes ancient tea gardens, tea-making techniques, ports and intangible cultural heritage. The ancient Tea Horse Road was inscribed on the "World Heritage Tentative List in China" in March 2019.
Source: Xinhua